Limelight > The Clarsach Society – October 2015 Business Limelight of the Month

The Clarsach Society are the twentieth recipients of Hands Up for Trad’s Business Limelight Award. The “Limelight’s” are a monthly initiative (launched in October 2012) that recognises the outstanding contributions made by businesses and organisations who contribute, shape and influence the arts and cultural sector in Scotland today. The Clarsach Society were formed in 1931 and work extremely hard and successfully to promote playing of the clarsach.

We asked Michelle Kelly of The Clarsach Society the following questions.

What is your principal company activity?
From the outset, the purpose of the Society has been to encourage the playing of the clarsach. We do this by hiring instruments, publishing music, granting scholarships and an annual young composer award, and by organising workshops and events, including the Edinburgh International Harp Festival.

When and where did the company first start trading?
The Society was established in 1931 at the close of the National Mòd in Dingwall. The connection continues to this day through the Mòd programme of clarsach competitions for which we produce a folio of prescribed music and guidance for competitors.

What made you want to work in Scottish culture?
The Society was founded on the foresight and influence of a small group of women who worked tirelessly to have the instrument recognised as an important part of Scottish culture alongside the pipes and fiddle. It was a time of growing interest in, and concern for, the preservation and revival of Scotland’s Celtic traditions. 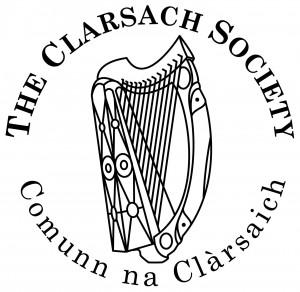 Can you tell us of any particular company highlights?
The development of a branch network. The voluntary committees and members who work to provide opportunities for accessible and affordable learning are the backbone of the Society. There are currently twelve regional branches throughout the UK, one specialist wire branch and more than 700 members. This award is a credit to every one of them.

Receiving a donated harp for the first time and the subsequent development of a hire scheme. We now have a stock of over 120 clarsachs, which are available to members at a modest monthly rental.

Surviving the first year of managing the Edinburgh Harp Festival. This was 1984. The festival was founded two years previous by our friends at Pilgrim Harps and its growing success meant it was becoming increasing difficult to manage from their base in Surrey! By 2001, the festival had outgrown Teviot House and the Pleasance and moved to our present venue at Merchiston Castle School. With the move and the growing reputation of the festival, it became the Edinburgh International Harp Festival – a high point for everyone involved.

What are your company’s plans for the future?
Our ‘Dare to be a Teacher!’ project, which was piloted at the festival last year, is rolling out across the Society. The purpose is to facilitate learning in areas across the UK where there’s a lack of tuition. We engage respected teachers to travel to these areas and to share their knowledge and experience with members who are new to teaching or interested in leading their local group. It works to dispel fears and build confidence in sharing knowledge, skill and enjoyment of the clarsach.

We’re also working with musicologist Stuart Eydmann to compile a textual, illustrated and referenced history of the Society; telling our story within the wider musical and social contexts of the Society’s development. Stayed tuned – due to be published next year to celebrate our 85th anniversary!

How will you celebrate receiving Hands Up for Trad’s Business Limelight award?
It will be a wave of members patting themselves on the back from our branch on the Isle of Lewis to our branch in London in the South East!