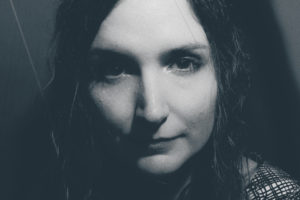 Thanks to Rachel for sharing her thoughts with us. Rachel Newton is a singer and harp player from Edinburgh. Her most recent album Here’s My Heart Come Take It was shortlisted in the SAY Awards 2017. She was named BBC Radio 2 Folk Award Musician of the Year 2017 and Scots Trad Award Instrumentalist of the Year 2016. As well as her solo career, Rachel is a member of The Shee and The Furrow Collective alongside various other collaborations.

Why did you become a musician?
I was really privileged as a child in that I had free harp lessons at school and also learned fiddle and classical violin outside school. We sang a lot at school in both English and Gaelic. I was determined to keep music as a hobby until I realised when I was about 15 that it was fairly all-consuming and that it’s what I wanted to do as a career.

What has changed about your music as you get older? Do you think about it differently?
I worry less about being really technically brilliant and value the more subtle aspects of musicality much more. I trust my instinct more. I have gradually worried less and less about pleasing other people and just doing what feels right. I value genuine music over anything else.

What are the different aspects of your work?
I am on tour performing most of the time and have been for a good few years, so I can’t teach regularly as I’m not in one place long enough! I love teaching though and am involved in the odd summer school or music course, which works better with my schedule. The main aspect of my work is performing, but in actuality a lot of that is travelling to gigs, practicing for gigs, working to promote my gigs, booking hotels, booking travel, doing accounts, responding to emails, chasing invoices, various band logistics, sending CDs and all sorts of fairly tedious admin stuff. The gigs make it worthwhile though! And I love travelling around and getting to know different parts of the country and the world.

What are your priorities as a musician?
There is absolutely no point in being a musician unless you really really love what you’re doing. I love performing with all my heart and it makes up for not having a steady income, never being at home, etc etc. So my priority is just that I keep on loving the gigs and valuing my own work. If I ever stop enjoying it, I’ll find something else to do!

What are the major challenges you’ve faced making it as a musician?
It’s really hard financially starting out, especially as a performer. The choice between doing what you value musically and making money is often really tricky. There’s very little to prepare musicians for what is essentially starting up a business and I have definitely lost out financially in the past due to not being savvy enough with the business side of things. I’ve nearly given up a few times along the way when I’ve been fed up struggling with the money side of things. I don’t think we talk about it enough and it can be hard sometimes to know how to deal with these issues when it’s not spoken about. Musicians are really lucky to be able to make a living from something they love, but we work really hard and it’s important to value that work I reckon.

There are so many inspiring people out there and it makes such a huge difference. I wouldn’t say anyone in particular is driving my work, but my fellow band members are really influential as they’re all so different and are on quite different paths musically and in life in general. I always learn something valuable when I’m on tour with the various bands I’m in. I take influence and inspiration from so many different sources and it’s really hard to single anyone out.

Who are your influences and is there anyone in particular who is driving your work at the moment?

There are so many inspiring people out there and it makes such a huge difference. I wouldn’t say anyone in particular is driving my work, but my fellow band members are really influential as they’re all so different and are on quite different paths musically and in life in general. I always learn something valuable when I’m on tour with the various bands I’m in. I take influence and inspiration from so many different sources and it’s really hard to single anyone out.

What’s the best advice you have ever had?
Listen to and take heed of your oldest friends when they’re giving you advice you don’t want to hear.

And never apologise when you have nothing to apologise for.

What is next for you?
I’m planning to record a new solo album this year and I also have a new album coming out in November with The Furrow Collective. I’m involved in a couple of exciting projects next year, but they’ve not been announced yet! I’ve got a few festivals and summer schools, but it’s a bit quieter in the summer than it has been. I’m looking forward to a bit of time writing and recording before touring season starts again and I’m back up and down the country like a yoyo.

Thanks to Rachel for taking the time to answer these questions. Read all our A Life In Trad Music articles. If you would like to keep up with all Hands Up for Trad’s news and events join the Hands Up for Trad newsletter. Remember and support musicians by buying their records and going to their performances.