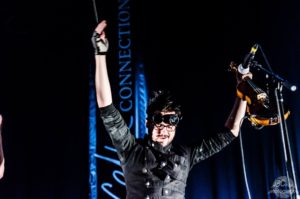 Thanks to Innes Watson for sharing his thoughts with us. Innes, from Glasgow, is an award-winning multi-instrumentalist with over ten years of contemporary and traditional Scottish music performance, recording, teaching and producing experience. He grew up in the Scottish Borders in very supportive musical surroundings encouraging an extremely eclectic mix of skills, abilities, interests and accolades that combine to make Innes one of the most highly-regarded and sought-after musicians on the scene today.

He teaches at the Royal Conservatoire of Scotland (having graduated from there with a Bachelor of Arts degree in Scottish Music in 2006) and is a firm favourite for adult and youth learning organisations up and down the country. He has appeared on at least 24 albums released in Scotland in the last 15 years and has worked with some of the most notable performers in the country. In 2011 he won the title of “Instrumentalist of the Year” at the MG Alba Scots Trad Music Awards.

A composer of fiddle tunes, string arrangements, guitar music, songs and much more he is currently working on a whole host of exciting new projects to be released in the near future.

Why did you become a musician?
It was natural to do what I enjoyed most and had an eagerness to better myself at. I felt I had to choose between music and acting but later realised it’s all performing and I perform all the time anyway, whether on stage or not!

What has changed about your music as you get older? Do you think about it differently?
It has become more and more important to work for myself, releasing my own music, as I grow older. Sometimes it feels as though time is running out but I’ve always lived a good few years in the future of where I am, it comes from hanging out and playing with people older or further on in their career than me but it’s nice sometimes to realise it’s not so imminent. Creativity takes time and I’ve still got a bit of that. When the time is right I’ll know because it will have happened!

What are the different aspects of your work?
Teaching earns more at the moment. Performing is a lot of work but so much more enjoyable. Performing more is the next phase of my self promotion. If people will listen I’d like to perform whenever I’m not sleeping/writing/teaching/eating!

What are your priorities as a musician?
wish list;
1 health
2 happiness
3 quality of output
4 career

What are the major challenges you’ve faced making it as a musician?
Mental health, money and confidence have been very hard to get right. For years I struggled to own my confidence and believe it. Felt hard to keep up the act until one day I realised I’m actually quite good, you know? Still feels difficult to actually say and believe!

Who are your influences and is there anyone in particular who is driving your work at the moment?

I have been influenced by everything i grew up listening to. A massive list of eclectic sources! I find it hard now to listen to new things because I need to get the stuff I’ve created from my influences already out there before I start to look for new inspiration for creation.

What’s the best advice you have ever had?
Be yourself (very difficult for me but attainable and so much more relaxing than trying too hard or pretending)

What is next for you?
Honestly, being Innes Watson.

My own music, my own shows, my own good friends and my own successful career. I’ll be able to give so much more to my students if all that is in place I reckon.

Thanks to Innes for taking the time to answer these questions. Read all our A Life In Trad Music articles. If you would like to keep up with all Hands Up for Trad’s news and events join the Hands Up for Trad newsletter. Remember and support musicians by buying their records and going to their performances.