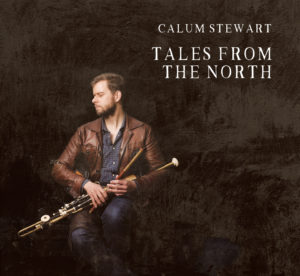 His first solo album to feature primarily his own compositions, “Tales from the North” is a true reflection of Calum’s powerful and expressive playing style.

A leading Uilleann Piper, Calum Stewart’s powerful and lyrical playing style is rooted in the traditional music of his native northern Scotland. His distinct musical voice has been developed through collaborations within the Scottish, Irish and Breton traditions.

“An astounding Uilleann Piper … Music that runs as pure as a Highland stream.”
ACOUSTIC Magazine.

“Hits you right between the eyes. Outstanding”
The Living Tradition.

“Calum Stewart joins the ranks of thoroughly modern Uilleann Pipers, who are steeped in their own tradition but cross borders to bring in other influences, and can write a damned fine tune”.
Folk Radio