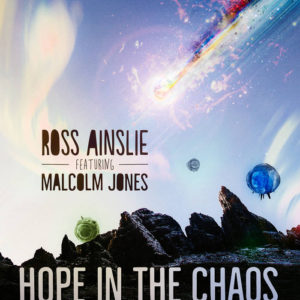 Hope in the Chaos is a new single from Ross Ainslie and the first collaboration with Runrig guitarist Malcolm Jones.

HOPE IN THE CHAOS – FEATURES

Ross Ainslie is one of Scotland’s finest traditional musicians and composers, highly sought after on the Scottish contemporary folk scene for his skill on pipes, whistles and cittern.