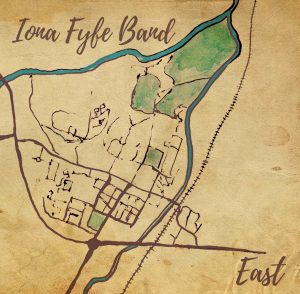 Earl Richard is one of 6 songs on the Iona Fyfe Band’s new EP, suitable-named East. The concept EP draws inspiration from the Oral Tradition of the East of Scotland and each track has a distinct link with the East and North East. The project aims to capture the essence of Eastern Folksong, Dialect, Language and Repertoire whilst creating modern interpretations of peculiar and likewise well-known folksongs.

Fronted by Aberdeenshire folksinger and Radio2 Young Folk Award Semi-Finalist, Iona Fyfe, the band are set for a busy summer taking their music to Italy for Folkest as well as performing at a number of Scottish festivals such as Doune The Rabbit Hole and Aberdeen International Youth Festival. The band will also visit a number of English and Scottish folk clubs such as Stockton, South Shields and Stirling.