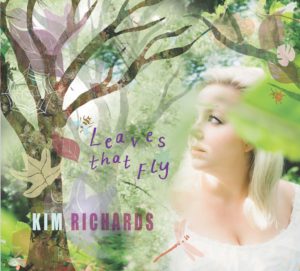 The song was inspired by the folktale ‘The Mermaid Wife’. The tale tells the story of a man who falls in love with a mermaid who was found exiled on the shore. He offers her his hand in marriage and they have several children. However, she cannot escape her desire to be back in the sea and be reunited with her first husband, who is a selkie. The mermaid leaves her life on the shore behind and dives into the sea to be with the selkie.

Ullapool based Kim Richards is a multi-instrumentalist, singer, songwriter and artist whose debut album ‘Leaves that Fly’ has received fantastic reviews. Inspired by folk tales, nature, journeys and her love of Scottish traditional and folk music, Kim Richards’ talent as a storyteller, accomplished musicianship and “crystal clear voice” will “swaddle the listener and make it a powerful experience”.