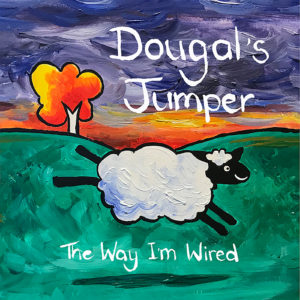 At the end of a night that you don’t want to end……. One More Before You Go!

Let Dougal’s Jumper wrap you up in their infectious mix of their own songs and some foot-stomping tunes.

2019 got off to a great start for the Band. They were chosen as one of the five bands from across Scotland to be part of the Hands Up For Trad ‘Battle of the Folk Bands 2019’ at Celtic Connections in Glasgow.

In 2018 Dougal’s Jumper played on the Danny Kyle Stage at Celtic Connections. They also appeared at the Islay Festival Final Fling and they returned to the Belladrum Tartan Heart Festival and Speyfest

Dougal’s Jumper are rapidly gaining a reputation for their energetic and entertaining performances and make it their business to get the crowd involved their festival-friendly set.

Since forming in 2016, Dougal’s Jumper’s music has been played on radio stations from Fort William to Hawaii and many places in between.