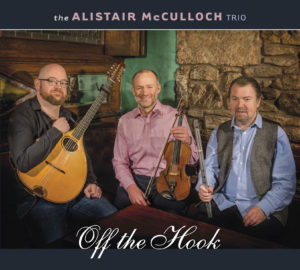 The ‘Alistair McCulloch Trio’ annual summer Scottish tour has become a firm fixture on the folk music calendar. Featuring champion fiddler McCulloch, alongside past Scottish folk musician of the year, Aaron Jones of Old Blind Dogs and the Kate Rusby‬ Band on bouzouki, guitar and vocals and former Capercaillie whistle wizard Marc Duff, the trio has gained a formidable reputation for its dynamic concert performances.