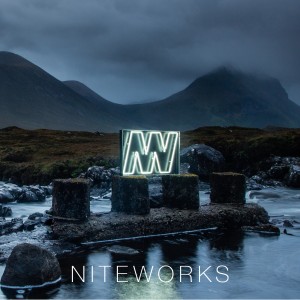 Maraiche has established itself as a firm favourite on Niteworks’ debut album NW. It’s a song with striking energy as witnessed when performed as the opening number of the recent 2015 Scottish Trad Awards. Featuring a mesmerising rendition of Màiri NicEalair’s Am Maraiche ‘s a Leannan by the renowned Kathleen MacInnes, it is sure to raise the hair’s on the back of the neck of any listener.

Niteworks are Ruairidh Graham, Allan MacDonald, Christopher Nicolson & Innes Strachan. Formed in 2008 on the Isle of Skye in Scotland, they combine traditional language & music learned from their local culture with electronic influences to create a unique & exciting sound. 2015 was a landmark year for the band starting with a sold out show at Glasgow’s Oran Mor as part of Celtic Connections before the release of their long-awaited debut album with sold out launches in Glasgow & Skye. To cap it off they had the honour of opening the Scottish Trad Awards ahead of their long-time friends, the Peatbog Faeries.