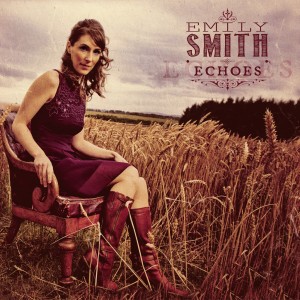 On her 2014 album release, Emily Smith continues to draw on her talent as one of the finest interpreters of traditional song in the UK presenting an album that is unshakeably Scottish but with farther, wider horizons. New settings of time worn texts weave beautifully alongside contemporary covers blurring the borders of old and new.

Over the past decade and with five solo albums to her name, Emily Smith has established herself as one of Scottish music’s most distinctively sublime voices. Emily was named BBC Radio Scotland’s Young Traditional Musician of the Year in 2002, Scots Singer of the Year in 2008 and 2014 and has twice received nominations in the BBC Radio 2 Folk Awards. She has toured the world and made many TV appearances including Transatlantic Sessions, Songs of Praise and Scotland’s Hogmanay Live.