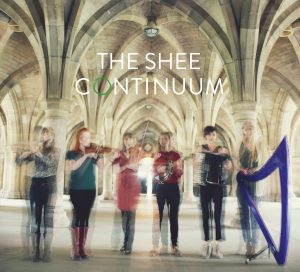 Song for Mary was written by Karine Polwart for the band as part of our ten year anniversary project Continuum. We are grateful to the School of Scottish Studies for the permission to use Mary Brooksbanks’ voice on the recording. Karine wrote the following for our sleeve notes:

“I love Rachel’s singing and playing and the elegance and energy of The Shee. The idea of a continuum prompted me to offer the band something that connects across time. My song is inspired by jute worker, labour activist, feminist and songwriter Mary Brooksbank, who was born in Aberdeen in 1897, and lived in Dundee from the age of ten. It references her folk classic “Oh Dear Me”. Known also as “The Jute Mill Song”, it’s the only work by a woman featured on the external “writer’s” wall of the Scottish parliament.”