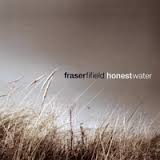 A virtuoso performer on low whistle, soprano sax and bagpipes, he encompasses traditional roots with improvisation in original music. He’s based in Edinburgh, Scotland.

Fraser has released 5 albums of original music as bandleader or featured artist to date, with contributions to many more recordings by other artists.

Awarded an ‘Ignition’ award by Hands Up For Trad, in 2015, for innovation in the field of traditional music.