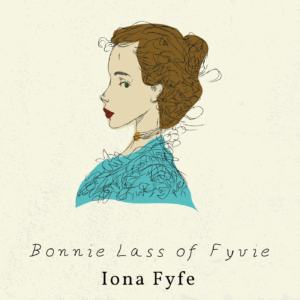 One of the most well-known of Aberdeenshire songs, I got this from the singing of Sam Kelly, who recorded ‘The Bonnie Lass of Fyvie’ on his album titled “Pretty Peggy”. Bob Dylan recorded “Pretty Peggy-O” on his 1962 debut album and performed the song with a more traditional melody on 18th April 1997 in State University of New York, Albany. ‘Pretty Peggy O’ was collected by Cecil Sharp from Mrs Combs, Knott County Kentucky in 1908.

The ‘Bonnie Lass of Fyvie’ details the failed romance between a soldier and ‘Peggy’. Versions can be found in the form of ‘Pretty Peggy’ or ‘Fennario’ in the Appalachians, ‘The Maid of Fife’ in Fife, and the localised ‘Pretty Peggy o Derby’ in England. Variants are set within the time period of American Civil War in 1812, but in the North East, the song dates back to 1644, when the Marquess of Montrose’s Royalist Army invaded Fyvie Castle.

There are over twenty versions of the song in Volume 1 of the Greig-Duncan Folk Song Collection. The earliest manuscript is a Bodleian Broadside from before 1839. The earliest recorded North East version of the song comes from Fyvie-man John Strachan who sung it to Hamish Henderson in 1952, the next being from John MacDonald, the famous Morayshire melodeon-playing mole-catcher who sung it to Hamish Henderson in 1954.