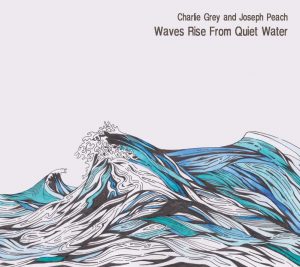 The album was recorded in May 2016, Capturing their essential fiddle/piano combination, with a number of additions: Tenor guitar, accordion, fender rhodes and vocals. Making full use of the range of instruments at their disposal, they built upon this intrinsic fiddle/piano combination, enhancing it whilst not obscuring the fact of it’s place at the core of what they do.

They have a background at the heart of some of Scotland’s native musical traditions, but Charlie Grey and Joseph Peach’s music is as much based on self-penned material as it is informed by this upbringing.

A captivating fiddle style supported by sensitive pianism isn’t big, loud, in-your-face music, but something to be relaxed in to. It’s a journey, rising and falling with total spontaneity.

They play with a collective voice, the product of hundreds of gigs, thousands of miles travelled and innumerable hours of music played together. From a largely mellow base, the music rises and falls, slowly building to moments of intensity, breaking away in to powerful improvisation.