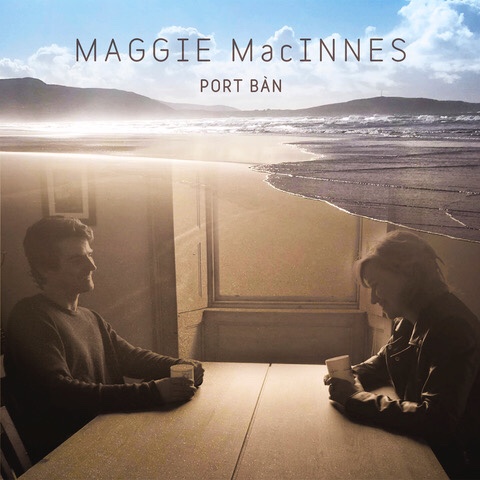 This album is dedicated to Maggie’s mother, the internationally acclaimed traditional singer, Flora MacNeil from the island of Barra in the Outer Hebrides of Scotland, who passed away in 2015. Flora taught Maggie all of the Gaelic songs on the album and she has always been Maggie’s main musical inspiration. Many of the songs have been in Maggie’s family for generations and on this recording the family tradition is taking in the next generation with Maggie’s two sons, Ruaraidh and Calum, performing alongside her, on fiddle, guitar and backing vocals.

Maggie has chosen to record some of the Gaelic songs, such as Craobh nan Ùbhal, Bheir mo Shoraidh thar Ghuanaidh, Graidh Geal mo Chridh and Gur Muladach sgith mi, which her mother was well-known for singing and which in the 1950s Flora first brought to the stage and to international attention. Maggie puts her own stamp on these songs for which she has the utmost love and respect.

As a singer of both Gaelic and Scots songs for many years, Maggie has included a couple of her favourite songs by Robert Burns with a particular connection to the Highlands of Scotland (The Highland Widow’s Lament and The Bonny Lass of Albany).

Joining Maggie and her sons on the album are two of Scotland’s finest musicians, Brian McAlpine (Piano and Accordian) and Anna Massie (Guitar) with whom Maggie has worked with for many years.

The album has been co-produced and engineered by musician and producer, Angus Lyon and mastered by Chris Waite at Gran’s House Studio, Lamington, South Lanarkshire. It has been made with the support of The National Lottery through Creative Scotland.

The name “Port Bàn” has the double meaning of Fair Port or Fair Tune and is the name of the little bay beside Maggie’s family house on Barra. The house is full of the happiest of memories of family fun and music.