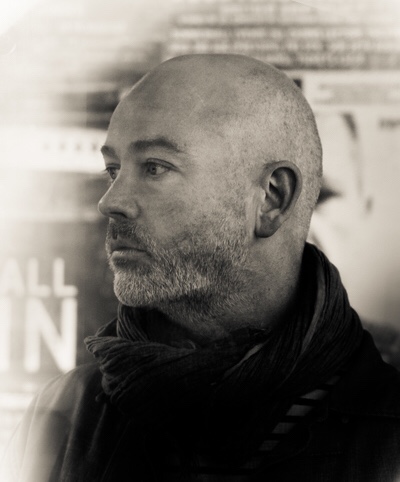 How to tell a story without saying too much? How to tap the oldest wisdoms, hardest truths, most tender glances and cracked wit and political rage – how to distill all of that into humble miniatures?

Our slightly mad and epic project began back in 2013, when James Robertson set himself the challenge of writing a short story every day of the year. Each story was to be 365 words, he instructed himself: no more, no less. With titles including ‘I Was An Experiment’ and ‘Awake Isn’t Good’, the strange, sprawling collection of fairytales, memories, keen observations and bold provocations was published online, one story per day, through the course of 2014, then as a volume by Penguin as 365:Stories.

That turned out to be only the beginning!

Enchanted by the potent atmosphere of James’s tiny prose pieces, intrigued by the notion of an inescapable daily creative ritual, Aidan O’Rourke – Scottish fiddler, composer and one third of the folk supertrio Lau – decided to write a tune every day in response. The result is a major new body of 365 fiddle tunes, which together form a significant new addition to the Scottish traditional music repertoire. Aidan’s melodies are sparse, exploratory and emotive, paired with kaleidoscopic accompaniments from Kit Downes (harmonium/piano), Esther Swift (harp) and Sorren Maclean (guitar). Highlights have been released on CD as 365: Volume One (May 2019) and 365: Volume Two (released 9 August 2019).

So that’s how it came together. Now all 365 stories and songs have been recorded and the complete collection will go on tour around Scotland as a sound installation. See here for the tour dates. James reads many of the stories himself, with other storytellers — artists, actors, friends young and old — adding a handsome range of voices from across Scotland.

You can sign up for a story and tune to be delivered daily to your email inbox. The first one will arrive on 1 January 2020. It’s completely free: we hope you enjoy.