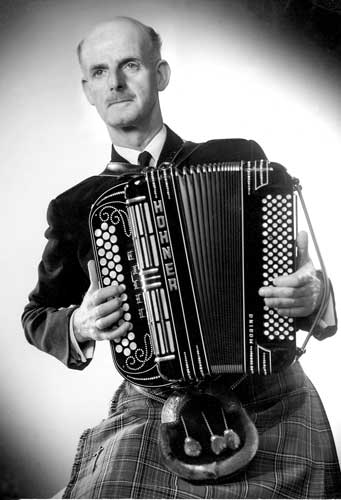 Few musicians’ names become interchangeable with the style of music they play in the way that Jimmy Shand came to define Scottish Country Dance music to the broader audience. For countless numbers of people across the world, the sound of an accordion playing Scottish music instantly registered the Shand legend and for decades no Scottish […] 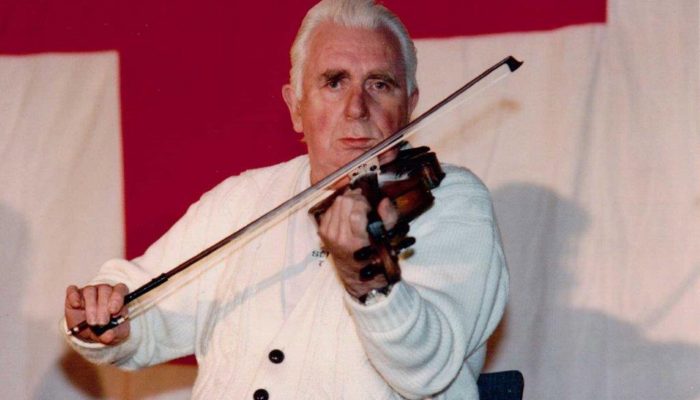 Jimmy McHugh was a Glasgow-domiciled Tyrone-born fiddler who exerted an immense influence on the development of Irish music and culture in the city and beyond, co-founding the first branch of Comhaltas Ceoltóirí Éireann to be formed outside Ireland, in Glasgow in 1957. The renowned, Glasgow-based Four Provinces Ceili Band, which he led until his death, […] 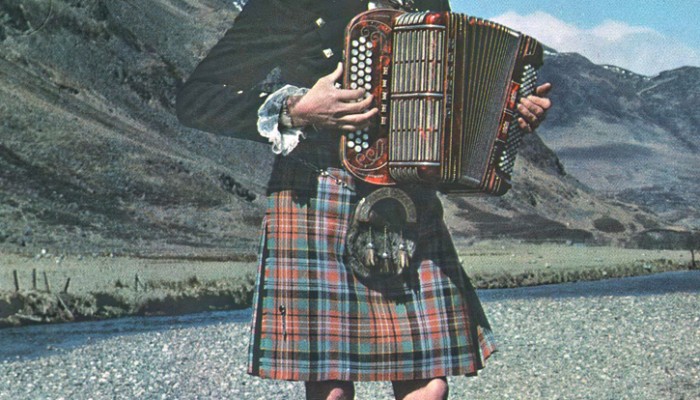 Sometimes known as “the provost of Forgandenny”, referring to the Perthshire village he made his home, Jimmy Blue became a household name and an international performer as a Scottish dance band musician, his button accordion prowess taking him from rural halls, through widespread theatre and television work with Andy Stewart to playing before audiences of […] 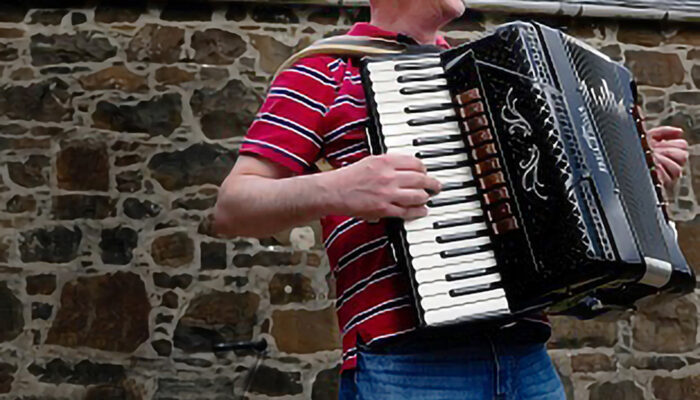 Wick-born fiddler, accordionist and guitarist Addie Harper Junior was brought up surrounded by music, since leading a prolific career as a performer, record producer and tutor. He started on the mouth organ, performing his first concert at the Tannach school aged five years old. Following in his father’s footsteps, shortly after he began violin lessons […]

Wick-born fiddler, accordionist and guitarist Addie Harper Junior was brought up surrounded by music, since leading a prolific career as a performer, record producer and tutor. He started on the mouth organ, performing his first concert at the Tannach school aged five years old. Following in his father’s footsteps, shortly after he began violin lessons […] 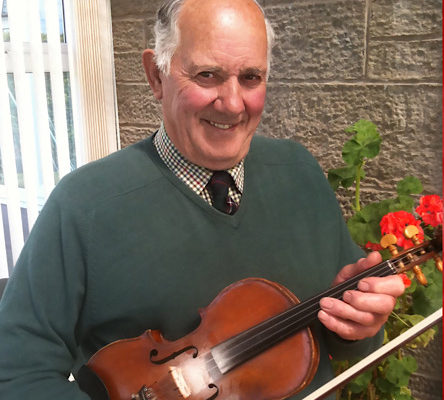 From their first BBC broadcast in 1957, to their last in 2008, John Ellis and his Highland Country Band made their own small piece of history as the longest serving broadcasting Scottish Dance Band. John Ellis was born and brought up at the foot of the Sidlaw hills, just North of Dundee. It would’ve been […] 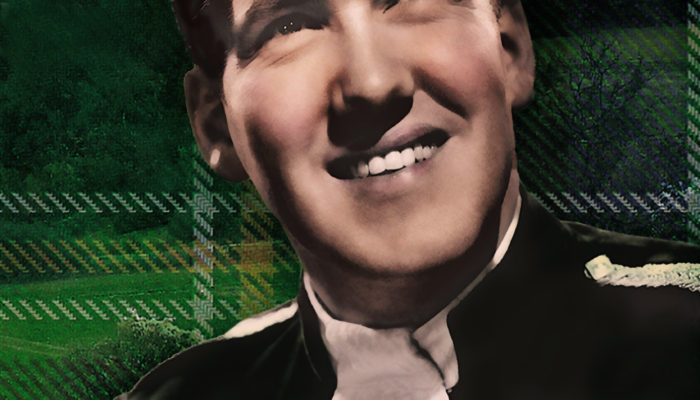 Forestry’s loss was Scottish music’s gain when Kenneth McKellar joined the Aberdeen University chapel choir. McKellar had been singing since he was a young boy. At school in Paisley he sang and played violin in a group with some friends and he was always willing to entertain visitors to the family home with impersonations of […] 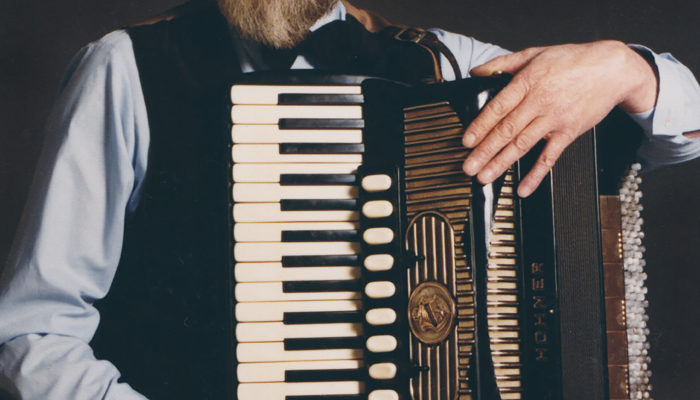 Bobby Crowe was an accordionist and bandleader who was as renowned for his generosity of spirit in passing the Scottish dance band tradition on to younger generations as he was for the distinctive, high quality sound of his internationally regarded band. He was born in Balmullo in north Fife on February 1, 1933 and took […] 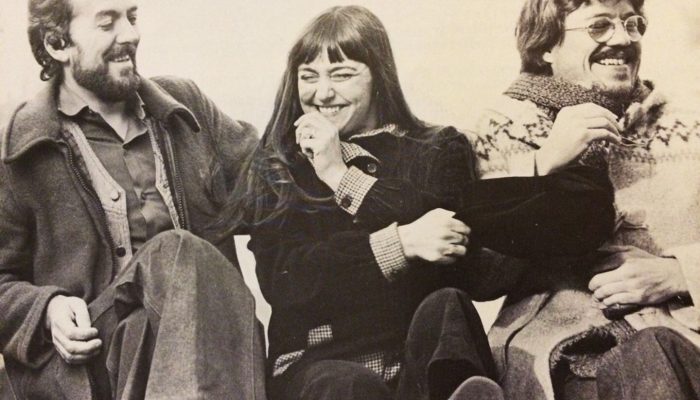 Founded in Thurso in 1970, the Caithness band Mirk established a reputation for strong singing – particularly from Margie Sinclair, regarded as one of the finest voices on the Scottish folk scene – as well as skilled instrumental arrangements. Their repertoire of largely traditional material was augmented by songs composed by Margie’s fiddle-playing husband, Ian, […] 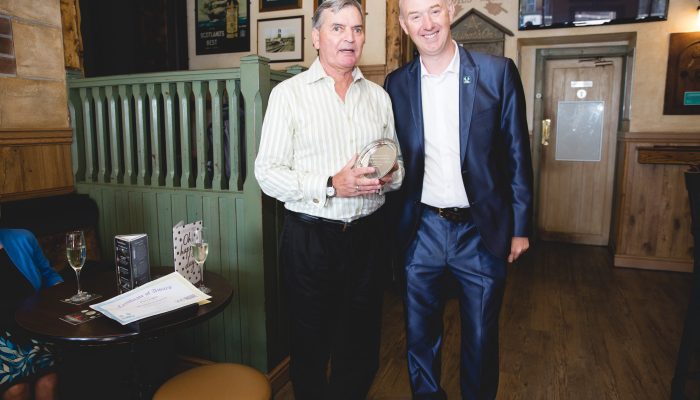 We had a lovely time on Saturday in Helensburgh presenting accordion player Peter Logue with our first Services to Charity Award. Peter is a musician from Helensburgh who has enduring health problems but has never let it him getting out and busking to raise money for other people. Read about him here. Below is my […]