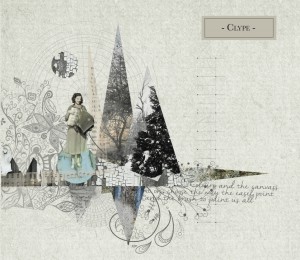 Congratulations to Clype who’s album Clype has been nominated in Album of the Year (sponsored by Birnam CD) in the MG ALBA Scots Trad Music Awards 2015. Vote now!

The album was written in 2014 and recorded at Studio 1604 in Strathdon, Aberdeenshire. The duo and CD exist thanks to Aberdeen City Council’s ‘Made in Aberdeen’ bursary programme which funded a significant part of the recording and production costs.

The album features 7 original songs and a re-working of the well-known communard anthem The Internationale. The lyrics deal with issues of politics, love, representation and war while the music mixes influences from Scottish folk, Latin American rhythms and jazz.

We were also very fortunate and honoured to have had an endorsement from the legendary singer-songwriter Richard Thompson. He said of the music,

“I urge you to give a listen to Clype…Simon Gall and Jonny Hardie create music which is eclectic, original, accomplished and challenging.”

About Clype
Formed in late 2014 by pianist and singer/songwriter Simon Gall (Salsa Celtica) and featuring fiddler Jonny Hardie (Old Blind Dogs), Clype is a stripped-back experiment in fusing sounds and styles from around the globe. The music borrows from Scottish folk traditions as well as from the rhythms of Latin America and harmonic ideas of jazz.

For further information including Bio and Press Images
www.clypemusic.com

You can listen to Clype here.