Next up we have the late Nigel Richard singing For Your Love from his album Not Before Time. Then it's the fabulous… https://t.co/rSZ5CMd2BM
RT @scottishmusic: INTRODUCING @BBCRadioScot Young Traditional Musician Award 2021 finalists > @ionafyfe (Vocals), @elliesbeaton (Vocals),…
RT @ClashCityClarky: This is awfy braw stuff frae @ionafyfe on the journey mair an mair o us hae been makkin this past wee while - frae no…
RT @AlanaMacinnes: Today! I’m back on the @handsupfortrad airwaves at 3pm with my afternoon show. Come & join me for some music & nonsense!…
Next on Mr Thoumire’s Fine Tunes we have @SKERRYVORE's You & I then we will finish the podcast with @RonJappyMusic'… https://t.co/Xi08h3JM3P
Next on Mr Thoumire’s Fine Tunes we have the latest release from accordion player Will Marshall: Destination - Home… https://t.co/sRlzOv4NMP
On the podcast next up we have @theohhellos. I love this band! we will follow it with the new single from @lapwyng… https://t.co/Y57KOoQI2v
RT @JaneyGodley: Two Women being dragged by 🇬🇧 men online for doing Scottish poetry and language on this, the month of Rabbie Burns, so ple…
And Mr Thoumire’s Fine Tunes is off! Starting off with the brilliant @meclirband Repeal the Union followed by… https://t.co/2yMN9ReGkP
Wow @JosieDuncanSong! Your @ccfest New Voices is sounding amazing! Fabulous poppy songs and arrangements. @thetimesscot
Review: And We Are Off! Celtic Connections 2021 Opening Concert https://t.co/UxpOIJFYx8 @ccfest @TradMusicForum… https://t.co/YBqVMq0kCx
Read the latest Hands Up for Trad Weekly News  - https://t.co/ikmFdYgcL4
Celtic Connections programme announced! Read all about the amazing lineup here https://t.co/Hilrv2MBkU @ccfest… https://t.co/ecpUbBvn1Q
Don't miss this! Love Singing - Opportunities for Choirs & Songwriters https://t.co/aw5a6AQbZN @LoveMusicScot https://t.co/ziehqGenLJ
I'm doing an impromptu live recording of the Foot Stompin podcast at midday. Loads of great music starting off with… https://t.co/TOyt6KOJzB
Nigel Richard RIP https://t.co/khNkUx5sdO
Next up we have our Hands Up for Trad Single of The Week Fatma's Waltz by @adamfiddle raising money for Beatson Can… https://t.co/5cy7EjGUFU
Review: Chris Stout and Catriona McKay at Celtic Connections 2021. https://t.co/oqT9le8WOU @ccfest @ChrisStoutMusic… https://t.co/R8yiiOd0fH
RT @StrathallanSchl: Ever wanted to learn the chanter? 🎶 Our Director of Piping and Drumming @craigmuirhead is teaching the basics to begi…
Have you tried the Hands Up for Trad Strathspey and Reel Society yet with @ClaireGullan? The 3rd term will start ne… https://t.co/wVxvO2Jpzn 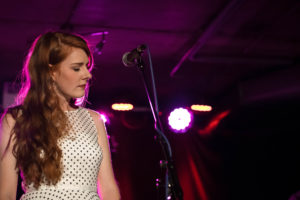 Congratulations to Hannah Rarity who have been nominated in Citty Finlayson Scots Singer of the Year sponsored by TMSA in the MG ALBA Scots Trad Music Awards 2018. Vote now!

Tell us about yourself
I’m a singer from West Lothian. I’ve loved to sing from a very young age and I have an interest in a number of musical genres. It was with the National Youth Choir of Scotland (between age 8-22) I developed my voice an discovered my fondness for traditional song. Having grown up in an area with very little Scottish music, I came to it later when I began the Scottish Music course at the RCS. It was then that I was able to throw myself into the scene in Glasgow and learn from some great musicians. In the past few years I’ve worked with a few bands, including Cherish the Ladies, performed and taken part in projects with the BBC SSO, SCO, RSNO, released an EP and debut album and performed with my band at festivals and concerts around the UK. I also do a bit of teaching and particularly enjoy my work with the charity ‘Live Music Now’.

Why are you involved in Scottish music?
I feel Scottish music and song capture every aspect of the human experience. Drawing from this vast repertoire is a privilege and I really enjoy working with fellow traditional musicians to create interesting arrangements and interpretations of songs. When I sing I like to leave the audience with something to think about. The scene is also great fun to be a part of and it’s exciting to see the variety of music coming from it.

Any particular career highlights?
A few highlights thus far include touring the US and Japan with Cherish the Ladies, winning the BBC Radio Scotland Young Traditional Musician in 2018, the first time I performed with Phil & Aly and the RSNO at their annual St Andrews Night concert in 2013 (I was terrified, but it was really great) and working on my album this year with some fantastic pals and musicians.

What are your plans for the future?
I’m working on some ideas for a collaborative song project around the issues of domestic and sexual violence that I’d like to get off the ground, and I’m looking into doing some more group/community singing work. I’d love to record an album of original material at some point in the future, so that’s something to work towards.
As well as planning ahead, I like to take opportunities as they arise and try new things.