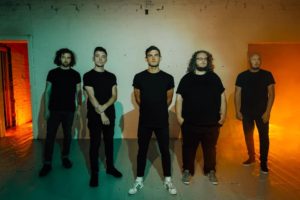 Congratulations to Elephant Sessions who have been nominated in Live Act of the Year sponsored by Greentrax Recordings in the MG ALBA Scots Trad Music Awards 2018. Vote now!

We asked Alasdair Taylor of Elephant Sessions the following questions.

Tell us about yourself
Multi-award winning Elephant Sessions, who hail from the Highlands of Scotland, have exploded onto the indie folk scene with unparalleled effect, making live appearances at some of the most notable venues and festivals across the U.K, Europe and Australia.
With audiences crowdsurfing their way through the summer and marquee floors breaking under the weight of bouncing fans, the bands live shows have won them fans across the globe.
Mercury prize winning band Alt-J, along with BBC Radio 2 and BBC Radio 6, found themselves converted to the band’s unique brand of indie folk.
Reviews from Rolling Stone Magazine sat alongside folk magazine coverage. Radio features accompanied documentaries and highlights shows on television stations.
The band scooped the coveted BBC MG Alba Album of the Year for ‘All We Have is Now’, as well as receiving a nomination for 'Best Group' at the BBC Radio 2 Folk Awards.

Why are you involved in Scottish music?
We all grew up listening to and playing folk music and love being part of this scene.

Any particular career highlights?
Playing at Glastonbury festival.
Touring Australia.
Being lucky enough to see and play in countries we may never have got to visit.

What are your plans for the future?
To keep playing.
We are currently working on album number 3 just now which we will release next year, with more touring and hopefully seeing even more of the world.