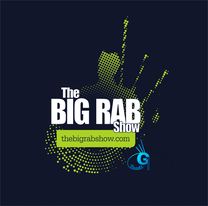 We asked Rab of The Big Rab Show the following questions.

Tell us about yourself
We are a weekly live radio show, and Podcast covering all aspects of the bag piping scene. "The show for the bag piping folk". Reflecting everything in the bag piping world be it Folk music, Celtic Music, or competitive Piping and Drumming in all its forms. Put together by a dedicated team of passionate volunteers with a love of the music and its people. Rab Lennox presents each show, with news, updates and well researched topics to inform and promote.

Why are you involved in Scottish music?
All members of The Big Rab Show team are well experienced in the competitive piping and folk music scene. With multiple major championship wins between them all. As well as performing on some of the biggest stages over the years. They are passionate about the music in all its forms, and the effect this has on the world around us. Rab Lennox himself was a competitive drummer of 30 years, before picking up the microphone and talking all about the piping scene. Love of the music and its people, are paramount to the content of the show. Promoting and furthering the piping scene is another of its core values. Providing a platform for all pipers and drummers to showcase their talent., on a global scale.

Any particular career highlights?
The Big Rab Show has performed two live podcast events at the Piping Live Festival in Glasgow. Both events were to packed houses of international piping fans. Their online live stream coverage of Pipe Band competitions, have received thousands of views around the world. The team have traveled internationally to cover piping events including, San Francisco and Atlanta. Some of the most well known figures of the Piping scene are regular guests on the show, with some incredible interviews and insight into the music. With a large social media following, and weekly listener ship; The Big Rab Show continue to grow and further promote the piping scene where ever possible.

What are your plans for the future?
The Big Rab Show hope to cover more international Piping events in future. Along with continuing to develop their coverage of the competitive piping scene. Work will continue on providing a better platform for bag pipe musicians around the world, to showcase their talents. The promotion of young learners is also a focus going forward. Encouraging younger people to take up the instrument, and enjoy everything the piping scene has to offer.