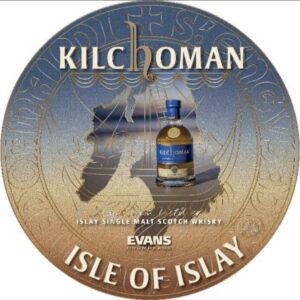 We asked Linsay of Kilchoman Distillery Isle of Islay PipeBand the following questions.

Tell us about yourself
Like so many of the Hebridean Isles, the Isle of Islay has been blessed with pipe music for the past two millennia and for many years the Islay Piping Society dominated the music scene on the island. Although history shows the formation of a pipe band in the early 1950’s, it wasn’t until April 1992 that some islanders got together and decided to start the current Islay Pipe Band, It was duly formed and subsequently registered with the RSPBA.
In 2006 the band won their first trophy under the leadership of Pipe Major Nigel Morris. This was then followed by their first major championship win in 2007 in Grade 4B. Since then the band has progressed steadily through the grades. Islay Pipe Band were promoted to Grade 2 in 2017. The band currently competes at all the major championships each season.
Along the way the band has won numerous major championships such as, Scottish, British, European and UK Champions. They also received the Champion of Champions trophy in Grade 4A in 2008 and Grade 3A in 2015.
In 2002 the band attended New York’s Tartan Day Parade. Playing down 5th Avenue all the way to Central Park was a lifetime memory for all members of the band.
Kilchoman Distillery Isle of Islay Pipe Band are indebted to Kilchoman Distillery whose sponsorship since 2012 has enabled the band to continue competing each season. The band also appreciate the continued support from the Schroder Foundation and The MacTaggart 3rd Fund.

Why are you involved in Scottish music?
All members of Kilchoman Distillery Isle of Islay Pipe Band are very proud to represent the Island of Islay. It is important to promote and encourage a piping and drumming culture within Argyll and the islands.

Grade 3A
* European, British, UK and Cowal Champions
* Grade 3A Champion of Champions

Another highlight was playing as a centre band along with Inveraray and District Pipe Band at the Cowal Games in 2017.

What are your plans for the future?
Kilchoman Distillery Isle of Islay Pipe Band will continue to work hard, aiming to win a championship in Grade 2 in the future.