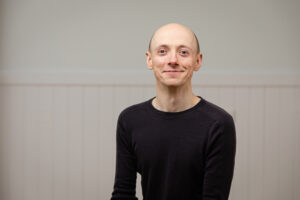 Tell us about yourself
I am a freelance studio engineer and producer based at my home studio 'Rose Croft Studio' in the Highlands but also regularly use various fantastic studios throughout Scotland, including Glo-Worm Recording, Gorbals Sound and Watercolour Studios. From starting out as a musician with the band Croft No.Five, I quickly became involved in the recording of the bands I played in and went on to develop my skills at La Chunky studio in Glasgow. Since then I've built a great reputation and an excellent discography of records with some of the best musicians in Scotland.

Any particular career highlights?
One particular highlight would have to be recording Shooglenifty's latest album 'Acid Croft Vol.9'. The band's debut album 'Venus in Tweeds' was a huge inspiration to me when I was getting into music and it was my introduction to what could be done when combining acoustic and electric instruments. So to be recording the band around twenty four years after hearing them for the first time was incredible.
Over the years I've engineered and produced many records with musicians and also written and recorded as a musician with a number of bands too… but never have I released my own record. However in 2021, I finally got the chance to make my very own debut album 'Breathing Space', written and recorded at Rose Croft Studio. The album is a collection of newly composed tunes, mixed with electronic sounds, beats and recorded soundscapes from my local rural landscape. This has been a long time goal for me and so to finally achieve this is a real career highlight.

What are your plans for the future?
My plan is to continue recording great music with musicians, not only in nice studios around Scotland, but also in non studio spaces, using my mobile recording rig and making records in inspiring places.
I would also love to expand Rose Croft Studio at some point to a larger space in the Inverness area and provide a creative recording enviroment for musicians to come and record in.