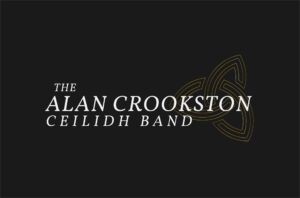 Congratulations to Alan crookston ceilidh band who has been nominated in Scottish Dance Band of the Year sponsored by National Association of Accordion and Fiddle Clubs in the MG ALBA Scots Trad Music Awards 2022. Vote for Alan crookston ceilidh band now!. It’s going to be another great night at the MG ALBA Scots Trad Music Awards on Sunday 4th December in Dundee’s Caird Hall. Why not join us for a brilliant night of music and awards. Buy a ticket here.

Tell us about yourself
The Alan crookston ceilidh band have been together for 8 years. In that time we’ve recorded 2 albums note before time and note again. We’ve had the privilege of recoding 6 BBC radio Scotland’s take the floor broadcasts. We have played the length and breadth of the country playing at festivals and accordion fiddle clubs as well as our bread and butter gigs of weddings and ceilidhs. We were very honoured to have been nominated for dance band of the year back in 2015

Why are you involved in Scottish music?
Scottish music is all I have known. From my early ages Scottish dance band music was always on in the house so it’s in my blood. I love travelling to anywhere to get the chance to promote our music I feel it one if the most undervalued and underrated genres around and hopefully I can continue to have many years of being able to spread the tunes far and wide.

Any particular career highlights?
Particular highlights for the band would be our first take the floor Broadcast and our first time as a band at the Shetland festival. Being nominated previously for the dance band of the year and releasing our 2 albums