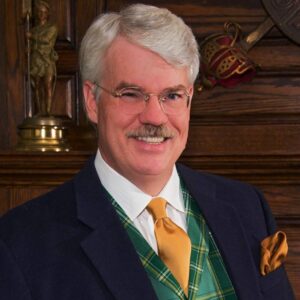 Congratulations to The Pipes of Christmas Virtual Concert who have been nominated in Trad Music in the Media sponsored by Sabhal Mòr Ostaig An in the MG ALBA Scots Trad Music Awards 2021. Vote here! Vote now!

We asked Robert Currie of The Pipes of Christmas Virtual Concert the following questions.

Tell us about yourself
Hi! I'm Bob Currie and I am the producer of the Pipes of Christmas concerts. Since 1999, I've had the privilege of working with some of the most talented Trad musicians every year. In fact, one of the many joys I experience is seeking out rising young talent and where appropriate, bring them to NYC to perform with our company. The concert was preceded by a series of "Kirking of the Tartans" events, but I found this format limiting on a creative level and switched over to our Christmas concert. The concert is the primary fundraiser for the Learned Kindred of Currie's arts foundation which we started as a charitable, non-profit in 1992. The foundation offers a whole host of scholarships to promising musicians, funds our annual "Tartan Day on Ellis Island" celebration, and supports many more arts initiatives including the commissioning new music, hosting cultural heritage tents at Highland Games, producing documentary films and funding historical research programs.

All that said, the Pipes of Christmas has permitted me to collaborate with some of the finest (and friendliest) members of the Trad music community. I am truly honoured to call them friends. This community has enriched my life both personally and professionally.

Why are you involved in Scottish music?
I have always been a member of the arts community – first as an actor, then director and now as producer. More specifically, my journey into Scottish music grew out of my family history research. Upon discovering my Scottish roots on the beautiful Island of Arran, I realized that I had found my purpose. I formed the Currie Society to follow this passion. It felt a bit like fate that my ancestors descended from the MacMhuirich bardic dynasty; Gaelic Scotland's master poets. Unlike many other clan and family societies, I was compelled to use our Society as a platform to promote the arts and honour my MacMhuirich ancestors.

Since that time, my interest and support of Scottish music has grown from strength to strength. Early on, I was the Director of Piping for my local Scottish games – a massive undertaking! Still, I wanted to do more and moved into concerts and establishing music scholarships. Most recently, we've focused a great amount of our efforts on the clarsach – the instrument of the bard. We became the Title Sponsor of the Scottish Harp Society of America national championship and created a clarsach bursary at the Royal Conservatoire of Scotland.

But let me return for just a moment to the original questions – why Scottish music? It speaks to me, it awakens my heritage and satisfies my soul. Its genuine. The melodies (uplifting or mournful), the lyrics (English or Gaelic) and the instrumentation are simply beautiful, And there is great excitement to see and hear the music embrace other cultures, new instruments and arrangements. Scottish music is alive, relevant and transformational.

Any particular career highlights?
On a musical note (bad pun), I would have to say first and foremost the many friends I have made in the Scottish music community. I remember quite vividly attending a ceilidh on the Island of South Uist to hear Fred Morrison for the first time. He was incredible. Standing next to me against the wall of the packed venue was a friendly local and we struck up a conversation. It was singer Gillebride MacMillan. We've been best of friends ever since.

The concert has permitted me the opportunity to take an idea and see it transformed into beautiful new music. Such was the case with the "Mystical Nativity" based on Botticelli's masterpiece. Another incredible highlight was to receive a standing ovation at our very first concert in NYC. It was at the end of the First Act! Incredible.

Regarding our Learned Kindred of Currie, I was selected and later unanimously voted in to become the first Commander of the Name and Arms of Currie. Lord Lyon confirmed the election and commissioned me in this role. Such an incredible journey that started so many years ago.

What are your plans for the future?
More of the same!

Beyond our existing programs, we have started filming a new documentary film on Scots preacher Dugald Crawford. We're also in the very early stages of development of a new chamber musical which will be fully immersed in Gaelic and Trad Music.

We're also exploring a new program which will celebrate the Scottish roots of American bluegrass music.

Read more about The Pipes of Christmas Virtual Concert