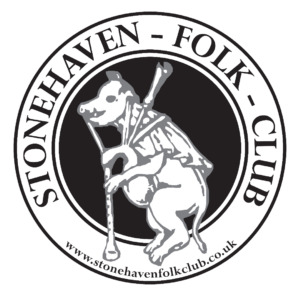 Congratulations to Stonehaven Folk Club who have been nominated in Community Project of the Year sponsored by Greentrax Recordings. in the MG ALBA Scots Trad Music Awards 2021. Vote here! Vote now!

Tell us about yourself
Stonehaven Folk Club was founded in 1987 by a small group of local enthusiasts who were passionate about folk music. They set about preserving its heritage by promoting and encouraging live music and performance in the Mearns. With a membership of seventy people, plus attenders drawn from across the Shire and far and wide, the club programme was attractive to both traditional and contemporary folk audiences and participants. So much so that it has been twice voted the BBC Alba Folk Club of the Year and has received several accolades for its work in support to cultural and heritage aims. In the early part of the pandemic, Stonehaven Folk Club set up the Folk in Crisis Fund project with Hands up for Trad which provided financial relief for performing artists in Scotland seriously impacted by the COVID-19 crisis. On-line concerts – involving some of Scotland's top performers – were very well received and raised over £21,000 to help to support struggling artists.

Why are you involved in Scottish music?
Stonehaven Folk Club was set up because of a shared desire to keep Scottish music alive in our community. In the last thirty-four years this ambition has been achieved over and over again. Whilst the Club regularly brings in artists from south of the border and from overseas, a majority of our club guests come from Scotland, and we regularly provide a platform for the rich seam of young talent that is continuously emerging onto the Folk scene, as well as welcoming back our seasoned and much-loved established performers. There is nothing more satisfying than seeing the tradition being kept alive through supporting such wonderful young talent as Iona Fyfe, Hannah Rarity, Paul McKenna, Michael Biggins to name but a few! That’s why we are involved in Scottish Music!

Any particular career highlights?
Over the last thirty-four years there have been many memorable nights at the club! Many of our Nation’s much-loved performers, such as Archie Fisher, Sylvia Barnes, Karine Polwart, Jim Reid, Dick Gaughan, Emily Smith and Malinky, to name but a few, have been guests at the club many times. However, the pandemic completely changed our view of the world and our mission! We saw both our established artists and emerging talent starved of their livelihoods overnight and saw the real risk of talent being lost from the scene permanently.
The Club has been financially stable for a number of years and has been able to give virtually all of its ticket revenue to the artists performing at the club, covering its fixed costs of rent and insurance through raffle fund raising. So as the pandemic took hold, we decided to use our rainy-day reserves to help kick start a fund-raising campaign to provide grants to help struggling artists and support staff, get by. What started off as a “what could we do to help” idea turned into a major fund-raising success bringing in tens of thousands of pounds for artists though grants and performance fees, with online concerts jointly delivered on-line with Hands up for Trad, proving to be some of the finest highlights of the club’s history!

What are your plans for the future?
Stonehaven Folk Club undertook a second big project seeded during late 2020. Grant funding was secured to commission ten original songs to be written about the coastal strip from Findon to St Cyrus in the North East of Scotland. The songs were to be recorded and produced into a CD. We started the project hoping some of the songs at least would become future traditional songs widely sung in clubs and schools in the decades to come. The CD has been completed and launched to great reviews. We sincerely hope we can be instrumental in helping introduce these songs into some of our local schools and certainly to be able to start singing them ourselves!
Our future is affected by an ever-decreasing number of possible venues in Stonehaven, but we are optimistic we will still be able to provide a performance platform for both new and established Folk Artists over the years ahead.
Also, as the pressures of the pandemic ease we hope to re-establish our relationship with our local Academy where we take part in twice yearly joint concert evenings, introducing our young people to the rich variety that is Scottish Folk music.