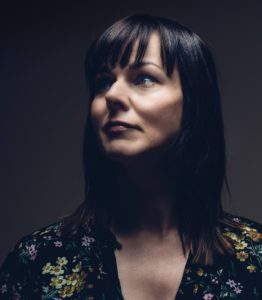 Congratulations to Ingrid Henderson who has been nominated in Music Tutor of the Year sponsored by Creative Scotland Youth Music Initiative in the MG ALBA Scots Trad Music Awards 2019. Vote now!

Tell us about yourself
Involved in many aspects of traditional music, Lochaber based harper and pianist Ingrid Henderson is a” musician of quite outstanding calibre, a virtuoso in terms of sensibility….” Ingrid has over twenty five years experience performing, teaching and recording traditional music appearing with the likes of Cliar, Glenfinnan Ceilidh Band, Blazin Fiddles & singers, Anne Martin & Margaret Stewart. She is principal harp tutor at the National Centre of Excellence in Traditional Music and was lecturer on the BA Gaelic and Music course at Sabhal Mòr Ostaig, Isle of Skye. Ingrid also runs Old Laundry Productions, a studio/ music production company based in Glenfinnan.

Why are you involved in Scottish music?
Fell into it as a teenager and never got out!

Any particular career highlights?
Youngest ever winner of the the BBC Radio 2 Young Tradition Award in 1990.
Performances at Folk Festivals worldwide – Dranouter, Sidmouth/ Vancouver/ Celtic Connections.
Performing for and being take out to lunch by George Martin (of Beatles fame) after a guided tour round the Air Studios London where I met Mark Knopfler and played Elton John’s piano!

What are your plans for the future?
Currently working as Musical Director for BBC Alba’s flagship Hogmanay Show Ceilidh na Bliadhn’ Ùire.
Creating a music & audio visual commission for Scottish Natural Heritage entitled ‘Message in a Bottle/ Brath ‘sa Bhuideil’ as part of 2020 Year of Coast & Waters. To be premiered at Celtic Connections 2020 on their Coastal Connections day, Sat 18th Jan.
Promoting & gigging my duo album ‘Cockerel in the Creel’ with Iain Macfarlane (ex Blazin Fiddles) and finish recording the third album with the Glenfinnan Ceilidh Band.