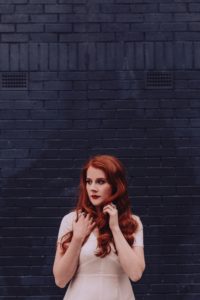 Congratulations to Hannah Rarity who have been nominated in Album of the Year sponsored by Birnam CD in the MG ALBA Scots Trad Music Awards 2019. Vote here! Vote now!

Tell us about yourself
I’m a singer from West Lothian. I’ve loved to sing from a very young age and I have an interest in a number of musical genres. It was with the National Youth Choir of Scotland (between age 8-22) I developed my voice an discovered my fondness for traditional song. Having grown up in an area with very little Scottish music, I came to it later when I began the Scottish Music course at the RCS. It was then that I was able to throw myself into the scene in Glasgow and learn from some great musicians. In the past few years I’ve worked with a few bands, including Cherish the Ladies, performed and taken part in projects with the BBC SSO, SCO, RSNO, released my debut album and performed with my band at festivals and concerts around the UK. I also lead song workshops, teach and perform as part of a duo on the fantastic 'Live Music Now' scheme.

Why are you involved in Scottish music?
I feel Scottish music and song capture every aspect of the human experience. Drawing from this vast repertoire is a privilege and I really enjoy working with fellow traditional musicians to create interesting arrangements and interpretations of songs. When I sing I like to leave the audience with something to think about. The scene is also great fun to be a part of and it’s exciting to see the variety of music and talent emerging from it each year.

Any particular career highlights?
A difficult one! A few highlights thus far include touring the US and Japan with Cherish the Ladies, winning the BBC Radio Scotland Young Traditional Musician in 2018, working on my first album in 2018 with some fantastic pals and musicians and performing a couple of songs with the SSO at Proms in the Park in Glasgow Green last summer. What a buzz.

What are your plans for the future?
Album 2 is the main aim for 2020, alongside some touring in the UK and abroad (Brexit permitting…yeuch). I'm in discussion about a few collaborative projects at the moment that are shaping up to be pretty exciting, so watch this space! Developing more original material and songs is an ongoing aim for me, also. I feel really lucky to be able to make a living doing something I enjoy so much – I hope it will continue!