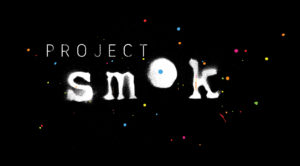 Congratulations to Project Smok who have been nominated in Up and Coming Artist of the Year sponsored by Royal Conservatoire of Scotland in the MG ALBA Scots Trad Music Awards 2018. Vote now!

We asked Pablo Lafuente of Project Smok the following questions.

Tell us about yourself
Project Smok started out as a recording project that wasn’t intended to go any further than a bit of fun in the studio. When we got the tracks back we knew we were very proud of what we had produced and were adamant that we should continue to make new music. What followed was a culmination of music that myself and Ali had been working on for a while that turned into a short album named “Horizon’s”. Shortly after the release of this album we were delighted to have Ewan Baird on join us on bodhran.

Any particular career highlights?
Tiree Music Festival 2018 has to a particular highlight for the band as well as headlining Festival Intercéltico do Morrazo in Galicia. The release of our first record, ‘Horizons’ at Celtic Connections 2018 was also a huge milestone for the band as it was from this festival where we believe people really began to notice/take interest in us and what we were doing.

What are your plans for the future?
We are looking to get back into the studio around April/May next year to record a full length album and begin gigging extensively throughout the UK and further afield.