Have you tried the Hands Up for Trad Strathspey and Reel Society yet with @ClaireGullan? The 3rd term will start ne… https://t.co/wVxvO2Jpzn
RT @JaneyGodley: Two Women being dragged by 🇬🇧 men online for doing Scottish poetry and language on this, the month of Rabbie Burns, so ple…
And Mr Thoumire’s Fine Tunes is off! Starting off with the brilliant @meclirband Repeal the Union followed by… https://t.co/2yMN9ReGkP
RT @scottishmusic: INTRODUCING @BBCRadioScot Young Traditional Musician Award 2021 finalists > @ionafyfe (Vocals), @elliesbeaton (Vocals),…
RT @ClashCityClarky: This is awfy braw stuff frae @ionafyfe on the journey mair an mair o us hae been makkin this past wee while - frae no…
I'm doing an impromptu live recording of the Foot Stompin podcast at midday. Loads of great music starting off with… https://t.co/TOyt6KOJzB
On the podcast next up we have @theohhellos. I love this band! we will follow it with the new single from @lapwyng… https://t.co/Y57KOoQI2v
Next on Mr Thoumire’s Fine Tunes we have @SKERRYVORE's You & I then we will finish the podcast with @RonJappyMusic'… https://t.co/Xi08h3JM3P
Next up we have the late Nigel Richard singing For Your Love from his album Not Before Time. Then it's the fabulous… https://t.co/rSZ5CMd2BM
RT @AlanaMacinnes: Today! I’m back on the @handsupfortrad airwaves at 3pm with my afternoon show. Come & join me for some music & nonsense!…
Wow @JosieDuncanSong! Your @ccfest New Voices is sounding amazing! Fabulous poppy songs and arrangements. @thetimesscot
Review: And We Are Off! Celtic Connections 2021 Opening Concert https://t.co/UxpOIJFYx8 @ccfest @TradMusicForum… https://t.co/YBqVMq0kCx
Don't miss this! Love Singing - Opportunities for Choirs & Songwriters https://t.co/aw5a6AQbZN @LoveMusicScot https://t.co/ziehqGenLJ
Review: Chris Stout and Catriona McKay at Celtic Connections 2021. https://t.co/oqT9le8WOU @ccfest @ChrisStoutMusic… https://t.co/R8yiiOd0fH
RT @StrathallanSchl: Ever wanted to learn the chanter? 🎶 Our Director of Piping and Drumming @craigmuirhead is teaching the basics to begi…
Celtic Connections programme announced! Read all about the amazing lineup here https://t.co/Hilrv2MBkU @ccfest… https://t.co/ecpUbBvn1Q
Next on Mr Thoumire’s Fine Tunes we have the latest release from accordion player Will Marshall: Destination - Home… https://t.co/sRlzOv4NMP
Next up we have our Hands Up for Trad Single of The Week Fatma's Waltz by @adamfiddle raising money for Beatson Can… https://t.co/5cy7EjGUFU
Read the latest Hands Up for Trad Weekly News  - https://t.co/ikmFdYgcL4
Nigel Richard RIP https://t.co/khNkUx5sdO 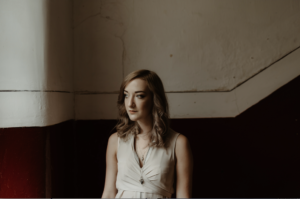 Congratulations to Iona Fyfe who have been nominated in Citty Finlayson Scots Singer of the Year sponsored by TMSA in the MG ALBA Scots Trad Music Awards 2018. Vote now!

We asked Iona Fyfe of Iona Fyfe the following questions.

Tell us about yourself
I am a folksinger from Huntly, in Aberdeenshire but now live in Glasgow, where I’m in my final year of study at the Royal Conservatoire of Scotland. I grew up within the competitive ballad competition circuit and I’m very passionate about promoting the songs and doric dialect of Aberdeenshire. I tour with my trio and band which consists of Luc McNally, Charlie Grey and Ross Miller.

Why are you involved in Scottish music?
To be honest… it’s all I’ve ever known! My first time performing was at Keith TMSA festival in 2003, entering the Doric poetry! Since then, I’ve been nurtured by the most supportive and lovely singers, storytellers and musicians. I fell in love with the big ballads at a very early age and continue to attend ballad competitions across Scotland. In my teens I gradually went to more and more folk clubs in Aberdeenshire and beyond. I auditioned for a place studying Traditional Music at the Royal Conservatoire of Scotland when I was 16, and luckily got in – so that was that!

Any particular career highlights?
2018 has been my busiest year yet. Whilst being in my final year of studies at The Royal Conservatoire of Scotland, I’ve been touring, recording and collaborating with lots of musicians, whilst working with the TMSA as one of their National Directors.

A highlight this year was taking my band over to Festival Interceltique de Lorient, as well as performing at venues and festivals in Canada, Germany, Austria, Italy and Switzerland!
This year I launched my debut album, Away From My Window, at the Strathclyde Suite at Celtic Connections, complete with 7-piece band. It was a lovely evening, and what made it more special is that we sampled voice recordings of Stanley Robertson and Lizzie Higgins.

In 2014, I met Sheila Stewart and performed alongside her at a sold-out Barrowland ballroom. Since then I’ve had the honour of performing alongside her sons Hamish and Ian MacGregor. Being in the final of the BBC Radio Scotland Young Traditional Musician of the Year competition was a real highlight!

What are your plans for the future?
In December I’m doing that thing that no singer wants to do – getting my tonsils out! So, I’m laying low for January, but on 1st January I’m releasing a new EP featuring Aidan Moodie (Siobhan Miller, Gnoss), Rory Matheson (TRIP), and Graham Rorie (Gnoss). The EP, titled Dark Turn of Mind, moves away from the style and repertoire of my debut album, Away From My Window, but moves toward something more accessible to non-Doric or Scots speakers. It’s very daunting but exciting releasing something entire in English, with no Doric, but that doesn’t mean to say that I’ve lost integrity or appreciation for the tradition that I grew up around. Dark Turn of Mind still draws on the repertoire of tradition bearers and songwriters, but this time, showcases the universalism of ballads when applied to the American and Appalachian song traditions. For me, it’s just something different and fresh. The EP also features songs from American singer-songwriters Gillian Welch and Gregory Alan Isakov. I plan on graduating from the Royal Conservatoire of Scotland in July 2019 and focus on performing, recording and researching.