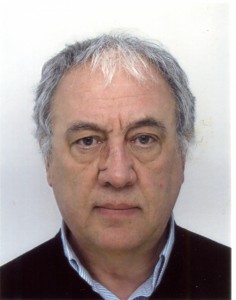 Congratulations to Brian Miller – Diamond Folk who have been nominated in Trad Music in the media sponsored by Skipinnish in the MG ALBA Scots Trad Music Awards 2015. Vote now!

Tell us about yourself
Black Diamond FM is a community radio station broadcasting across Midlothian and South Edinburgh on 107.8FM (and available online) from ex-coal-mining village Newtongrange. I was recruited by its founder and then Chairman, the late John Ritchie, to present a programme on folk music. For the last 5 years I have presented Diamond Folk, a 1-hour show featuring folk music old and new from Scotland, Ireland and the rest of the world.

Why are you involved in Scottish music?
Already playing some guitar, my interest in trad music was kindled when in 1965 I went to Rutherglen Academy, where Ian Davidson and Adam McNaughtan ran an after-hours ‘Ballads Club’. Over the next 50 years I’ve played and sung all sorts of folk, blues and ceilidh music with ensembles such as the Laggan, the Occasionals, Swan Arcade, the Great Fife Road Show and the Singing Kettle. I still work with Glasgow folk singer Arthur Johnstone’s Stars Band, and with ace one-man blues band Mike Whellans.

Any particular career highlights?
It’s always a delight to play on Diamond Folk anything recorded by either of my daughters Siobhan and Kirsteen or any of my friends from the folk scene. In my own performance history, highlights have included playing backup guitar and mandolin for American singer-songwriter Tom Paxton; playing (with Arthur Johnstone, Charlie Soane and Hamish Henderson) for the crowds in George Square when Nelson Mandela received the freedom of the City of Glasgow; and being a part of Ian McCalman’s WW1 show ‘Far, far from Ypres’.

What are your plans for the future?
Keep presenting the best of folk and trad music on Diamond Folk; and keep playing and singing as long as I can!