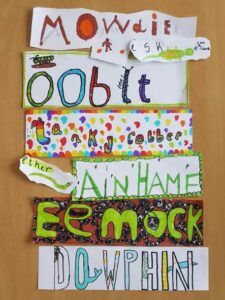 Tell us aboot yersel or yer ootfit.
A’m a P6 teacher at Troqueer Primary School in Dumfries. Aathing we dae in teachin is a team effort an A’m prood tae represent the staff an weans at Troqueer.