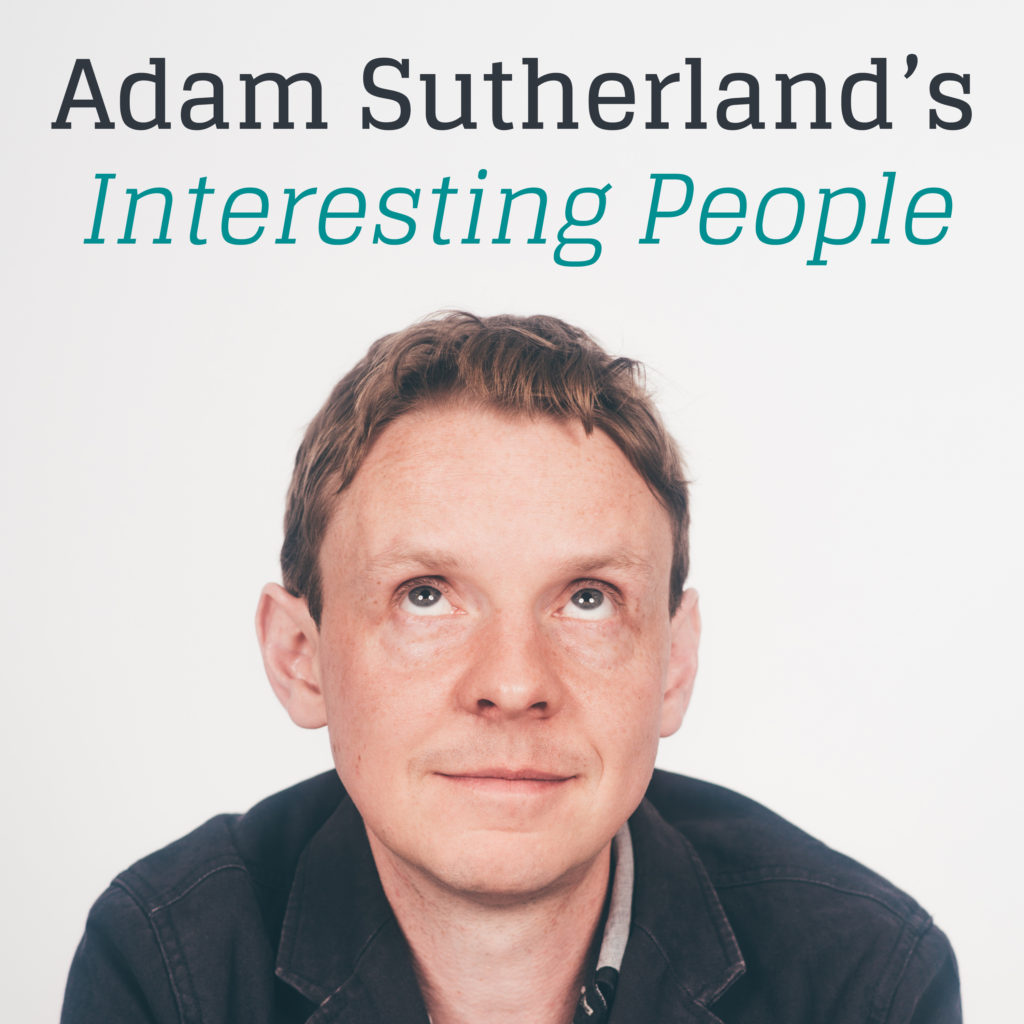 My guest on this episode of Adam Sutherland’s Interesting People is Scottish singer, violist, fiddler, step-dancer and actor, Mairi Campbell.

During our chat, Mairi tells me about growing up in Edinburgh and dedicating herself to a solid classical music education.  But always in the background there was some kind of deeper yearning.  This has sometimes resulted in what could be described as a ‘respectful unwillingness’ to always conform.  And growing up, it might have gotten her into one or two musical scrapes, but ultimately has allowed her to find her feet.. to find her pulse.

Mairi’s story is both enlightening and entertaining.  I feel that her insightful musings are bound to resonate with many.  In fact, the success of the first two chapters in her trilogy of theatre shows about her journey are a solid testament to that.

‘Pulse’ – Mairi’s first theatrical debut received critical acclaim during a month of shows at the 2016 Edinburgh Fringe.  In August 2018 she returned to the Fringe with the second instalment, ‘Auld Lang Syne‘, and I was very intrigued to hear, first hand, about it’s creation.*

Listeners to this podcast will also hear about many other things, including: Mairi’s plans for the third and final chapter of her trilogy, the time that US hit sitcom ‘Sex and the City’ used her and her husband Dave’s version of Auld Lang Syne, and some of her thoughts on the state of traditional music in Scotland today.

All in all, an extremely thought provoking conversation between a very fine Scottish artist and some skinny bloke from the hills above Loch Ness.

*The author of this podcast had wished to air this episode before Mairi’s run of Fringe shows, but unfortunately succumbed to the pressures of a two months of his own crazy performing schedule, so wishes to extend sincere apologies to Mairi for that.

**I am gradually improving my technological equipment and also my skills at recording and editing.  Sound quality is on an upward trajectory.

Come Away In – Celtic Connections 2021

Passionate. That’s what I would say if I could describe the Come Away In concert in one word. … END_OF_DOCUMENT_TOKEN_TO_BE_REPLACED

I tuned in to watch the third night of Celtic Connections online last night. It's all going very … END_OF_DOCUMENT_TOKEN_TO_BE_REPLACED

And We Are Off! Celtic Connections 2021

It felt great to be back at Celtic Connections tonight! Unfortunately not in person but Celtic … END_OF_DOCUMENT_TOKEN_TO_BE_REPLACED