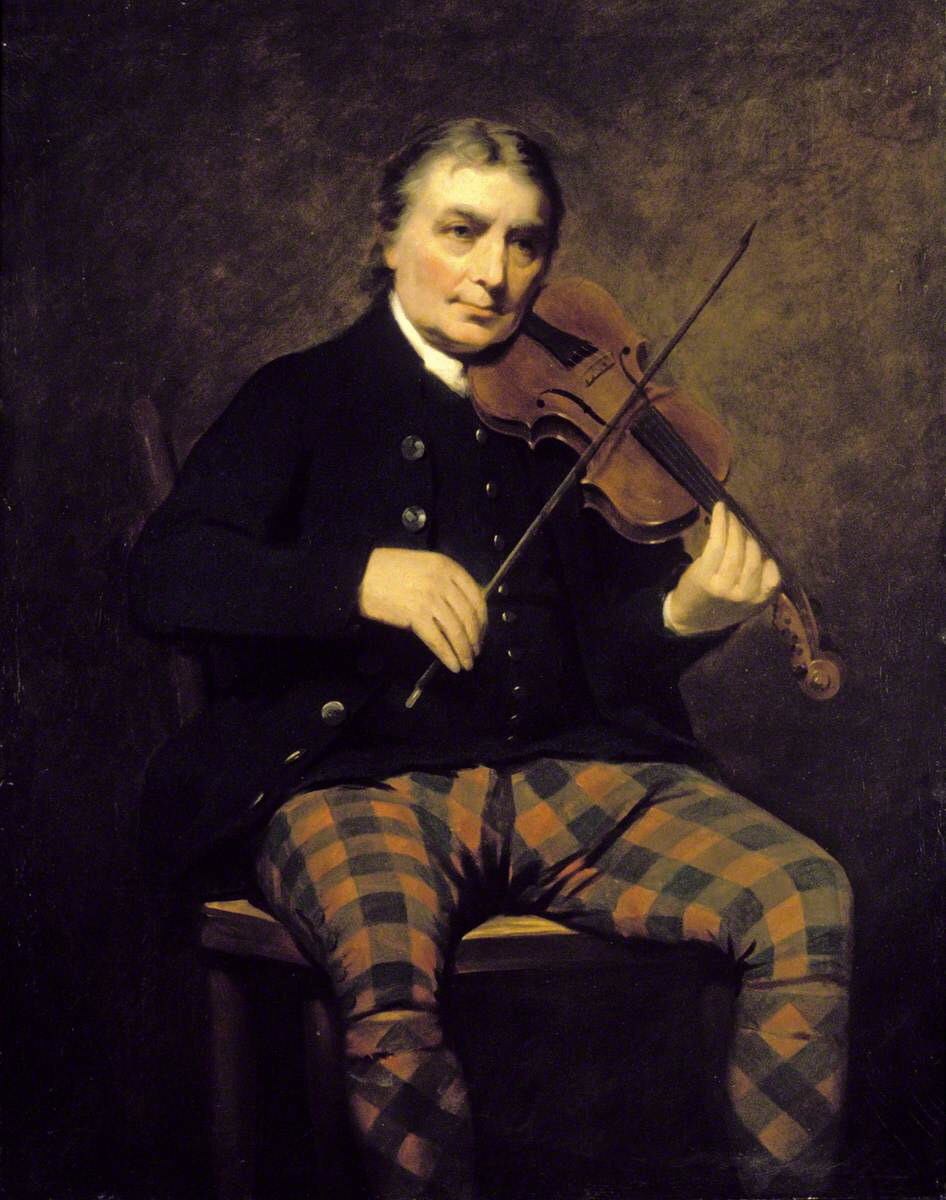 The name Niel Gow is undoubtedly one of the most well-known in the history of Scottish traditional music. This fiddler, who lived from 1727 to 1807, is familiar to many from Henry Raeburn’s sensitive portrait, arguably one of the artists finest works, and from a modest number of tunes, particularly slow airs or laments composed by or associated with him that have long been firm favourites with instrumentalists and listeners alike. Furthermore, several modern fiddlers have claimed, or have had claimed on their behalf, hereditary musical links to him and his music passed down on ‘the carrying stream’.

Despite his great fame, much of our understanding of Gow’s musical life is based on unsubstantiated myth and legend. Relying on only a few scant references, writers on Scotland’s music have tended to speculate on his unique fiddle style and to repeat colourful and couthy anecdotes about amusing events that support a picture of him as an uneducated, country chiel.

How, therefore, do we properly explain and celebrate the significance of this early and enduring folk superstar. The answer to this question lies in the fact that he was the right person, in the right place, at the right time.

Neil was clearly a highly talented musician held in the greatest esteem by his peers and endorsed by success in competitions and the fact he was sought after as a teacher. His popularity and reputation was further cemented by his amiable personality and his ability to relate to all levels of society.

Born into the Gaelic-speaking community of Strathbraan, Perthshire, he came to be recognised and privileged by the urban gentry and landed aristocracy fired by Ossianic fervour as an authentic, real-life manifestation of the rural Highland genius. This saw patronage by the Duke of Atholl and others that spread his name well beyond his home at Inver, a busy and important crossing point on the River Tay situated between Highland and Lowland cultures.

He also lived at a time of transition between the older and emerging modern worlds and came to  prominence during the so-called Golden Age of Scottish music when fiddle-led dance was all the rage throughout the British Isles.

Niel married Margaret Wiseman around 1750 and together they had seven children, including the musical William, Andrew, Nathaniel, and John. After Margaret died around 1766 he married Margaret Urquhart of Perth. Fiddle playing was not his sole occupation and his family was supported by his trade as a hand-loom weaver and the produce from his small agricultural holding.

Niel’s compositions and adaptations of were incorporated in the collections issued by his enterprising son Nathaniel, these highly successful volumes spreading his repertory and maintaining his his fame well after his death. The quality of the tunes that bear his name confirm his musical credentials and confirm he was a gifted composer and adapted of traditional music.

It is highly appropriate that current scholars, musicians and enthusiasts should be turning their attention to the legacy of this important figure by including Niel’s music in their concert programmes and on their recordings. The now well-established annual Niel Gow Festival is another welcome and highly appropriate recognition of his genius.