The John Preston Music Awards are being funded through the Liam Colgan Music Fund (LCMF) on behalf of John’s widow Roz Preston, who has set up a memorial fund in his memory. The LCMF are managing the fund and a programme of awards for young music business students across the Highlands and Islands.

There are two annual awards:

£500: to be presented to a deserving Music Business student wishing to travel abroad to attend and/or present at an International Music Conference, event or symposium.

Applications for this award to be submitted by students with:

£500: to be presented to the best Music Business graduate of the year in recognition of their achievements.

There is no application process. The winner will be chosen by Programme Leaders in consultation with Pete Honeyman. 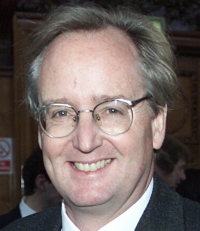 “John was a proud Scot, who, throughout his distinguished career in the UK music industry, was committed to finding and supporting emerging talent, both on the business and creative side of the music industry. He would be honoured that these two awards for music graduates and students at the University of the Highlands and Islands have been established in his name.  I’m delighted that these two awards will enable music students to further their studies and move forward in their chosen careers in the music business.”

John Preston, started his career working in an Edinburgh record store before rising to became one of the most senior figures in the UK music industry. Working first for EMI, he went on to become managing director of Polydor Records and then RCA before being appointed Chairman and CEO of BMG Entertainment.

A highly respected executive, John was a long-standing council member and then chair of the music industry’s trade organisation BPI (British Phonographic Industry). He was also a director of Universal Publishing and a trustee of music industry charity The BRIT Trust during its formative years.  In 1997, John also chaired the Rock the Vote campaign, persuading young people to register to vote in the general election.

Over a 25 year career, John worked with many well-known artists including Annie Lennox and Dave Stewart of the Eurythmics, David Bowie, Take That and Whitney Houston whilst Simon Cowell was among the many executives given early breaks by John.

John died suddenly in November 2017 after a short illness. Tributes from his friends in the industry were a testament to the high regard in which he was held.  Annie Lennox described him as, “kind, thoughtful, highly intelligent, compassionate, gentle, humorous, supportive, trustworthy, loyal, decent and honourable” Working at the top of an industry known more for its hard driven cut-throat competitiveness, John was a “rare diamond” committed to developing and supporting young musical talent.