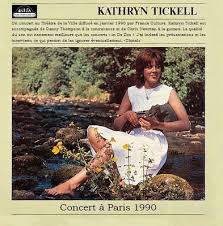 As a 42 year old I often wonder what it would be like if I was to appear on the music scene nowadays. When I first started performing in the early 80s I was performing at the Edinburgh Accordion Club – a couple of sets at each meet up. I was surrounded by like minded people including a few young musicians including Marie Fielding and Craig McCallum. The scene was relatively small especially if you were a young musician. Northumbrian piper Kathryn Tickell had blazed the way as a young musician inspiring us all to go out and perform. My first encounter with a group of young folk musicians was part of Jim Lloyds Radio 2 Young Traditional Musician Award meeting a few folk like myself who were also striving to find a way forward. I suppose we were a bit of a novelty!

Moving forward to today young musicians are 10 a penny. It’s fantastic. Through the great work of organisations throughout the country we are very lucky to have lots of young folk playing our music. It must be great to be part of a large community of like minded individuals who are all out for a party and want to play tunes!

But what is it like for musicians trying to make their mark in a crowded market place? How do they get their music heard?

Well I think probably nothing has changed in that respect. They have to get out and work hard. They have to think creatively and work out how their idea contrasts with everyone else’s and how they’re going to build on it and let the public hear it. When bands like Battlefield Band, Tannahill Weavers, Silly Wizard became big they only did this through lots and lots of hard work with sometimes not the best conditions. They never gave up because they believed in what they were doing. They all got themselves in front of people who were willing to listen. As Zig Zigler says in his book – SEE YOU AT THE TOP

‘There’s no such thing as a free lunch’ and the musician who wants it enough will work the hardest to get where they’re going.