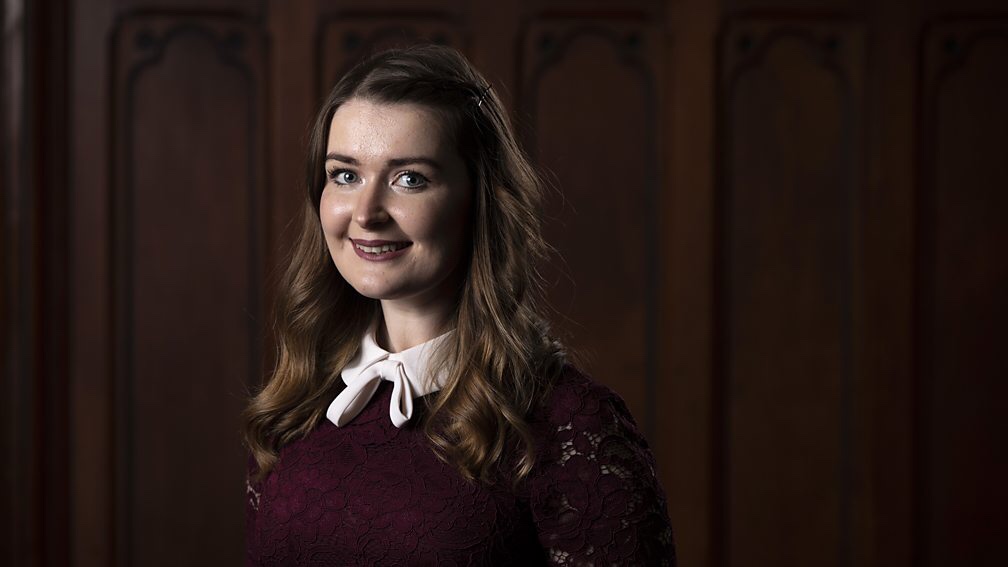 Josie Duncan from Lewis is a finalist in the BBC Radio Scotland Young Traditional Musician 2020. The finals will be held at Celtic Connections Festival on 2nd February 2020 at 5pm. Buy a ticket here or listen live on BBC Radio Scotland or watch on BBC ALBA.

We asked Josie the following questions:

How did you get involved in Scottish music?
Growing up in an island community meant that I was immersed in Scottish traditional music from a young age. Gaelic music had a particularly profound impact on me growing up, and this meant that when the time came to go to university, I sought an education that would allow me to further deepen my understanding of the form and take lessons from some very inspiring traditional singers.

Throughout my studies at the Conservatoire and ever since then, I have had incredible opportunities and have been lucky to share the stage with people I have long idolised, and peers who I have come to deeply respect.

Why did you enter BBC Radio Scotland Young Traditional Musician Award?
The competition presents a brilliant opportunity to focus closely on a small collection of songs, which allows you to really focus on your chosen pieces. It also offers the chance to make music with the highly sympathetic house band, which is a real treat.

I have grown up watching the BBC Radio Scotland Young Traditional Musician Award and it’s an honour to have a chance to be a part of it in 2020, and to bring Gàidhlig songs to this years competition.

I feel extremely lucky to be given the chance to appear on one of the most coveted stages at the festival, and it’s a real honour to perform alongside the other finalists. Throughout my career I have been taught by some extremely inspiring performers, and I look forward to distilling as much of that as possible into one performance.

Do you have any particular musical highlights?
Having the chance to travel through music is always a joy. I’ve had the opportunity to sing in Australia and around Europe, which has been incredible. I hope to travel more often and even further afield in years to come. As well as this, Celtic Connections and Hebridean Celtic Festival are always highlights for me closer to home.

What are your plans for the future?
I would love to one day make my own album and to have the opportunity to share Gaelic songs further afield. I hope to encourage others to sing and to always find enjoyment from music and song, the way I do now.

Why not buy a ticket to hear Josie Duncan or any other of the finalists at the Grand Finals on Sunday 2nd February at 5pm. The finals are part of Celtic Connections festival.