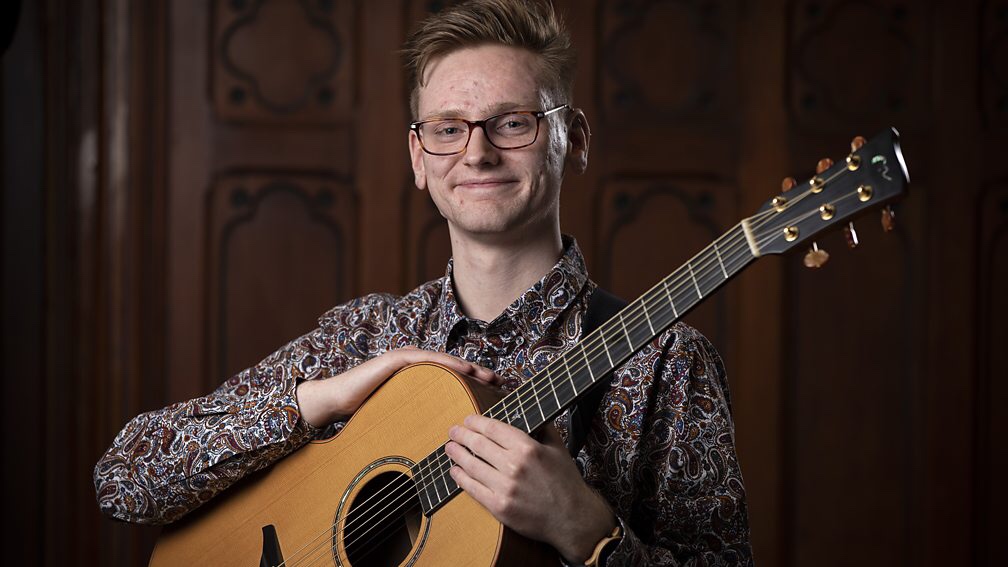 Calum McIlroy from Aberdeenshire is a finalist in the BBC Radio Scotland Young Traditional Musician 2020. The finals will be held at Celtic Connections Festival on 2nd February 2020 at 5pm. Buy a ticket here or listen live on BBC Radio Scotland or watch on BBC ALBA.

We asked Calum the following questions:

How did you get involved in Scottish music?
I first got involved in traditional music through the cèilidh band at high school, thinking it would just be bit of fun and not at all expecting to gain so much from it! After leaving school I got more experience playing folk music through local groups like the North East Folk Collective and the Cèol Mòr Big Band at Aberdeen International Youth Festival. I was also part of two fantastic tours with the Fèis Rois Cèilidh Trail.

Why did you enter BBC Radio Scotland Young Traditional Musician Award?
I’ve been inspired by many of the previous winners of the competition like Anna Massie, Gillian Frame and Ewan Robertson, who have all gone on to have flourishing careers in traditional music. I was also really excited by the prospect of working with Mhairi Hall and Mike Bryan, and performing at a high profile event like Celtic Connections.

What do you hope to gain from the experience?
I have reached a stage where I am involved in a couple of different musical projects and I feel I would benefit with a bit of help getting them out there. This competition has a great reputation and I thought it would be an excellent way of gaining some more exposure.

Do you have any particular musical highlights?
Reaching the final of this competition is definitely my biggest musical achievement so far, but other highlights include playing at the Royal Albert Hall in London with the North East Folk Collective, and being part of “Brave in Concert” at Celtic Connections 2019 with the BBC Scottish Symphony Orchestra, Lorne MacDougall, Chris Stout, Fraser Fifield and many others.

What are your plans for the future?
I’ll be recording an EP with the help of Megan MacDonald and Ruairidh Gollan in early February, and then will be looking forward to my final recital and completing my BMus in Traditional Music at the Royal Conservatoire of Scotland. I have also been working on some new material with Anna Garvin, who is a great pianist from Oban.

Why not buy a ticket to hear Calum McIlroy or any other of the finalists at the Grand Finals on Sunday 2nd February at 5pm. The finals are part of Celtic Connections festival.