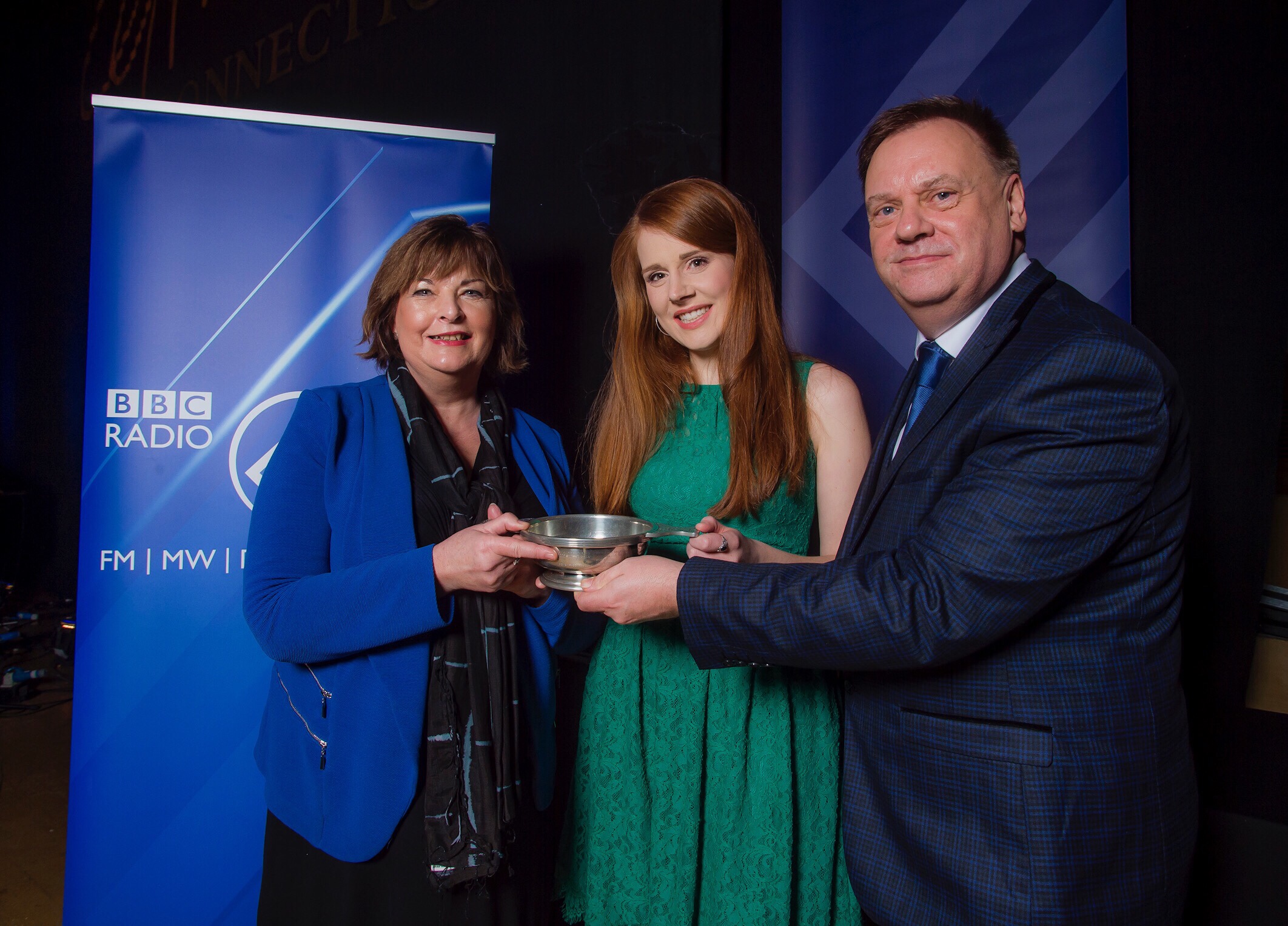 Judges were unanimous in awarding the 25-year-old the title, now seen as the premier accolade for young musicians in their field.

Each of the five finalists gave a stirring performance, broadcast live on BBC Radio Scotland as part of Celtic Connections.

But Hannah, of Dechmont, West Lothian, had the edge during an evening of superb entertainment.

Jeff Zycinski, Head of Radio at BBC Scotland, said: “Every year we are amazed at the consistently high standard of young musicians who reach the finals. Hannah’s performance particularly impressed the judges – she captivated the audience from the moment she stepped on stage at the City Halls.

“It was an extremely difficult choice, though. Each one of our finalists was magnificent, giving some especially spirited performances and showing exactly the kind of individuality and flair we set out to find when we launched the search for this year’s winner.

“Hannah will be an inspiration to her peers and hopefully encourage more young artists to embrace the vibrant traditional music scene we’re lucky to have here in Scotland.”

Hannah joined the National Youth Choir of Scotland aged eight and honed her trad music style until beginning the Scottish Music course at the Royal Conservatoire of Scotland in 2012. Since graduating, she has toured internationally with Irish-American traditional group Cherish The Ladies, appeared as a soloist on BBC Scotland’s Hogmanay Live 2014 and 2016 and performed a debut sell-out show at last year’s Edinburgh Fringe. She released her debut EP Beginnings in November 2016, with a debut album to follow later this year.

She said: “I’m utterly stunned to have won – especially with such a strong field of finalists. Everyone performed amazingly well. It’s a true honour to be named as winner – the BBC Radio Scotland Young Traditional Musician is a hugely respected competition. I’m looking forward to taking on some new projects in 2018 and I hope earning this coveted title will help act as a spring in my career.”

Previous winners of the award who have gone on to make a big name for themselves on the trad scene include last year’s winner, fiddle player Charlie Stewart, and 2016 title holder, concertina virtuoso Mohsen Amini. Other big names who used the competition as a major springboard in their careers include singer Robyn Stapleton who won in 2014 and talented 2004 winner, multi-instrumentalist Anna Massie.

Organised by BBC Radio Scotland, the Young Traditional Musician of The Year competition has been running since 2001, increasing the profile of Scottish traditional music and recognising rising talent in the genre.

Footage and live performances from the finals, including the winning performance, can be seen at bbc.co.uk/youngtrad

The other 2018 finalists were:

Heavily influenced by pipe music and Gaelic song, Rory’s love of trad music was cemented playing at ceilidhs all over Scotland on both piano and accordion. Now studying Traditional Music at the Royal Conservatoire of Scotland, he is taught by James Ross and Mary McCarthy, two of the top pianists on the traditional music scene. He enjoys bringing elements of jazz and blues to his music. His playing experience includes being part of the Fort George Military Tattoo in 2015 and also playing with 20-piece regional ensemble ‘Snas as well as energetic modern trad outfit Trip.

Amy, who also plays piano and violin, began singing lessons at 11 and never looked back. As a teenager, she toured America, Canada and Germany with the Strathspey Fiddlers and went on to gain her BMusEd Music Teaching Degree from the University of Aberdeen.

She now works part-time as a high school music teacher in North Lanarkshire while studying for a Masters in Scottish Music at the Royal Conservatoire of Scotland. Performance highlights for Amy include BBC Radio Scotland’s Take The Floor and BBC Proms in the Park. She plans to record an album next year.

Ali became hooked on the pipes when a family friend began teaching him at the age of nine. At 14, he began his studies at the National Centre of Excellence for Traditional Music and spent the next four years working with some of the country’s best tutors while also gaining accolades in various competitions. In 2012, he began studying Piping at the Royal Conservatoire of Scotland and became heavily involved in the Feis movement. Ali currently lives in Glasgow and has enjoyed working with artists including Dougie Maclean, Mischa Macpherson, Edwyn Collins and previous Young Trad winner Charlie Stewart.

David began playing pipes at the age of nine, went on to graduate from the Royal Conservatoire of Scotland with a first-class honours degree in Scottish Music in 2015 and now makes a living playing and teaching traditional music. He was taught by the late Donald MacPherson, whom many regard as the best piper of the 20thCentury, and counts him as one of his biggest influences. David has played at the highest level of competitive piping and has played in many top pipe bands over the years, including the Scottish Power pipe band, with whom he performed at one of the Celtic Connections opening concerts at Glasgow Royal Concert Hall. This year David performed with his band ‘Farrland’ at Celtic Connections, and is looking forward to releasing an album in early 2018 with new band Assynt. 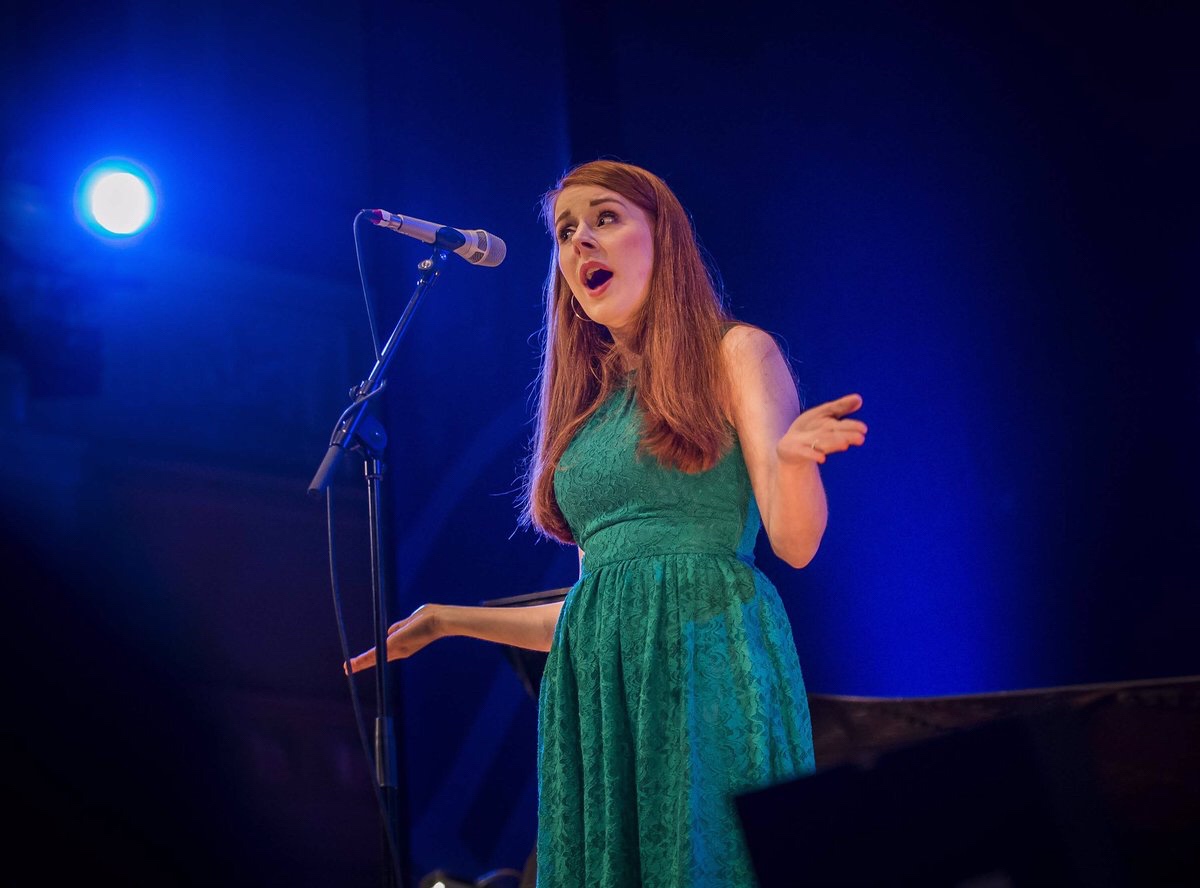