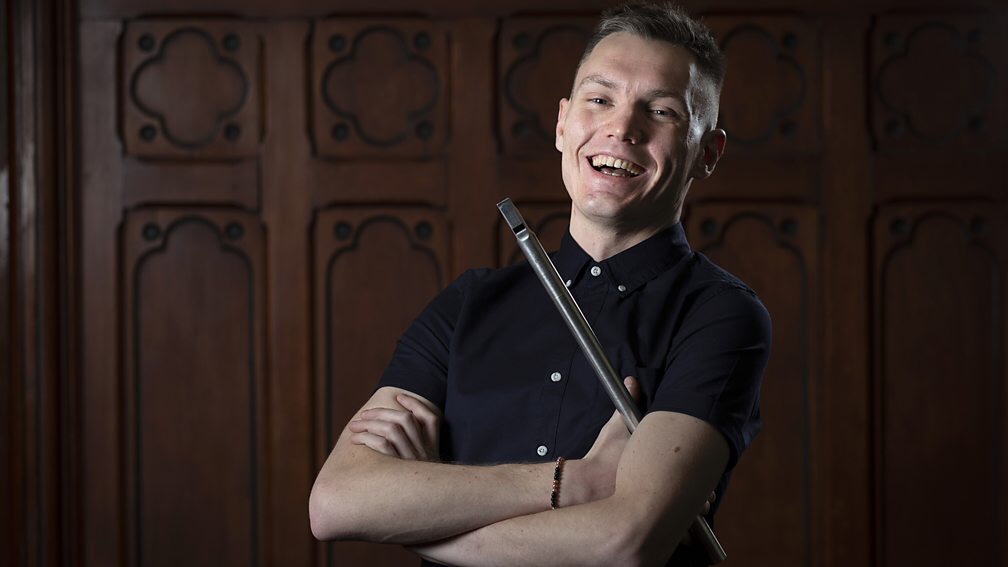 Alexander (Ali) Levack from Maryburgh is a finalist in the BBC Radio Scotland Young Traditional Musician 2020. The finals will be held at Celtic Connections Festival on 2nd February 2020 at 5pm. Buy a ticket here or listen live on BBC Radio Scotland

How did you get involved in Scottish music?
I first began piping lessons at the age of 9 when I was encouraged to do so by my Grandfather. He too played Pipes & Fiddle so was very much a musical mentor for me growing up.
Between the age of 9 and 15 I was solely a piper and as well as receiving tuition and mentoring from my Grandfather, I also received tutelage from the likes of Benny Manson, Paul Harrison, Trevor Dear, John D. Burgess, Norman Gillies and Iain Macfadyen.
Right up until the age of around 20, I regularly competed in solo piping competitions across the country and was lucky enough to have had a lot of success during this time.

At the age of 15 I moved away from home to Plockton, where I attended the National Centre for Excellence in Traditional Music for 4 years.
Attending Plockton Music School had a profound affect on me as a musician and is what I believe helped me most in becoming a full time professional musician.
Here I recieved weekly one-to-one piping tuition from Iain Macfadyen as well as learning to play whistle with weekly one-to-one tuition from Hamish Napier.
Also learning to play in an ensemble and not just as a solo piper was largely due to my time spent at the NCETM.

After Plockton I moved to Glasgow where I was accepted to study Piping at the RCS, continuing on with weekly piping and whistle tuition at the feet of great tutors.
After a couple of years of studying at the RCS and building a career as a musician, I took the chance and began performing full time as a professional musician.

6 years on and I’m lucky enough to still be living as a full time musician in Glasgow, performing, recording and collaborating in what is a great and vibrant scene filled with an abundance of talented musicians.

Why did you enter BBC Radio Scotland Young Traditional Musician Award?
I competed in this same award in 2018 and reached the Final.
Looking back on the 2018 Final i.e. how I performed, prepared, handled myself etc. I felt that there was a lot that I would do differently if I ever entered again.
After a lot of persuasion from friends and family to enter for this years competition, I gave in and decided to apply my experience and self critique from the 2018 Final into this year.

What do you hope to gain from the experience?
With my band ‘Project Smok’ having just released a brand new debut Album and plans for myself to launch a solo career at some point this year, I feel that the coverage and following which the competition and winning it can bring couldn’t come at a better time. It would be a tremendous boost in momentum for both myself and ‘Project Smok’ with everything that we have coming already.
As much of an opportunity as the competition provides, I also feel that I would do my upmost to shed light on the award and what good it can bring to those who compete. Be that introducing it to an audience who might not otherwise be involved and/or encourage more people to enter and compete, who might not feel they could.

Do you have any particular musical highlights?
*Headlining ‘Festival de Ortigueira’ 2019 in Galicia with ‘Project SMOK’, to an audience of around 30,000 people.

*Touring and performing with artists/bands such as: Mischa Macpherson, The Tweed Project, Anxo Lorenzo, Levack/Stewart/Irving, Martin O’Neill, Donald Shaw and many others.

*Recording the new ‘Project SMOK’ album, ‘Bayview’. This was recorded at Edwyn Collins personal Recording Studio in Helmsdale, using all vintage analogue gear as used and recorded with by Edwyn himself throughout his time with ‘Orange Juice’ and solo career.

What are your plans for the future?
With the release of ‘Bayview’ (‘Project SMOK’ Debut Album) and the launch of a solo project of my own later this year, there is already a lot of momentum building for both myself and the band. Between Tours, Festivals, Collaborations and more recording, there is a lot forthcoming.

Why not buy a ticket to hear Alexander (Ali) Levack or any other of the finalists at the Grand Finals on Sunday 2nd February at 5pm. The finals are part of Celtic Connections festival.