Kirsty Law has written her first Paths to Songs blog for us. Read on >>> 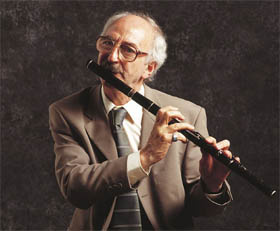 Learning from Cathal McConnell is something I have wanted to do for sometime. So after initially getting together and having the privilege of performing some songs with him in March for St Patrick’s Day, I am delighted that he is keen to keep passing me his repertoire and that this project has given me the platform to discuss my experiences with a wider audience.

Last Wednesday evening was the most recent of our sessions, so I made the soup, he brought the wine and we settled down in the kitchen of my Edinburgh flat to do some singing – dictaphone at the ready of course.

He had come armed with ideas, the first of which was a song called ‘Sweet Kitty Lee’. This is one he would like us to sing together as it is a conversation between a man and a woman and as he said ‘this is how it would have been done, the man taking the man’s part and the woman taking the woman’s part’. Pubs of Edinburgh (that means you Captain’s Bar) – consider yourself warned.

Over the next couple of hours many songs were discussed and sung, fragments of melodies referred to (the infamous whistle appearing from his inside jacket pocket of course). I am taking the approach of saying as little as possible and listening as much as I can. Time will tell which songs are eventually deemed suitable for my singing. As he always tells me, I should sing it in ‘my way’.

His adamant parting request was that I learn ‘Carroll Ban’, so that one is next on the agenda. Then it was farewell until next time – but not before the whistle made another appearance, testing out the acoustics of my stair as he went. 🙂