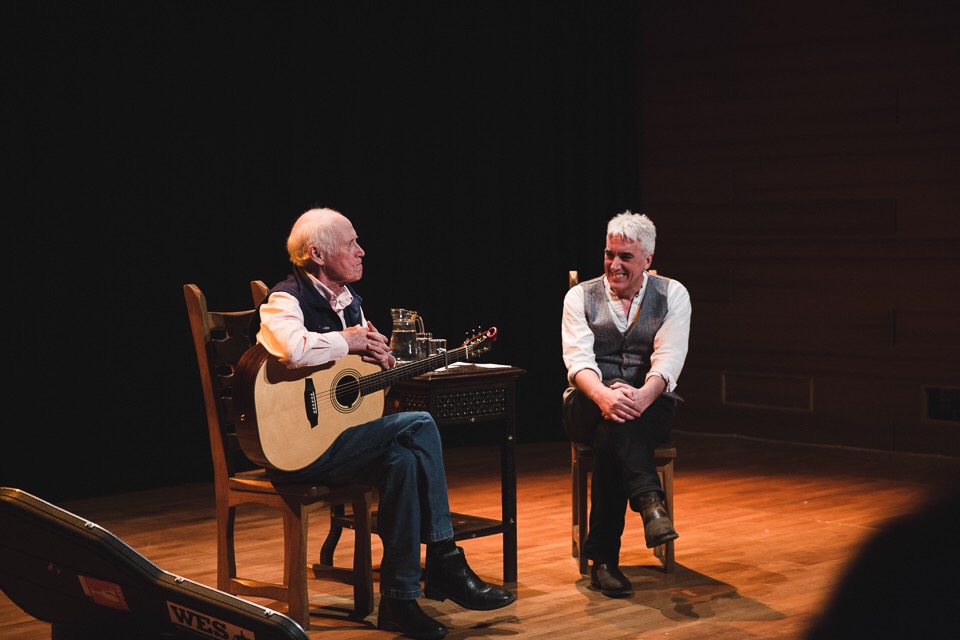 It was brilliant to get along to Edinburgh’s Tradfest festival last week to present Archie Fisher with a Landmark Award celebrating his 55 years as a professional musician. This is some achievement! Archie was performing in the Scottish Storytelling Centre on the 2nd May. The first half of gig was in conversation with Dave Francis and the second half was Archie in concert. It was a great night!

When Archie Fisher played his first paid gig in May 1962 the venue, the North British Hotel in Edinburgh, was appropriate for a man who would go on to be regarded as Scottish folk music royalty.

Josh McRae of the Reivers, the group formed by folklorist Norman Buchan to contribute Scottish songs to a television programme, had to pull out of what was essentially a cabaret slot during a dance that evening. So Archie stepped in as a temporary Reiver. The North British went on to become the Balmoral Hotel and Archie is now revered for his sustained contribution over the years as a singer, guitarist, songwriter and broadcaster. Read more >>>