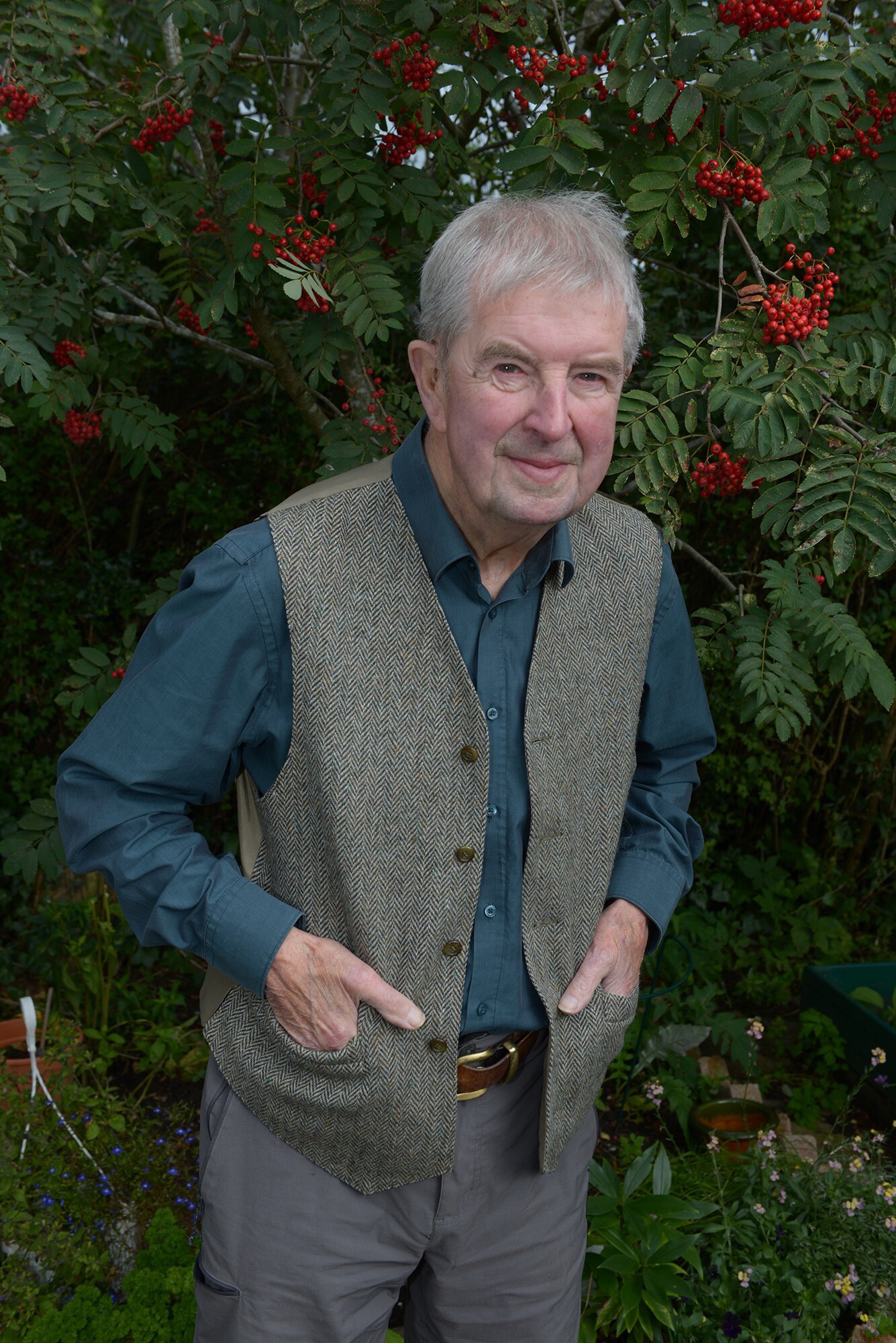 Geordie McIntyre is a singer and songwriter whose work as a song collector, concert and folk club organiser, author and record producer has made a lasting impact on the Scottish traditional music scene. In turn, traditional music has played a central role in Geordie’s life as it was through learning the background to songs and ballads that, having left school at fifteen with no qualifications, he was later able to study at Strathclyde University and Jordanhill College and become a teacher who could communicate with his pupils through songs and gain an entrée into broadcasting.

Geordie was born in Govanhill, Glasgow in 1937 and grew up with his mother and maternal grandparents in a house that had no electricity until 1948.  His grandfather was an evangelical preacher and sang religious songs, and the earliest records Geordie heard were by country-gospel singer Tennessee Ernie Ford and singer, actor and entertainer Al Jolson.

On leaving school Geordie became an apprentice radio repair engineer and having developed a taste for the countryside as a young boy during a trip to Arrochar with his grandfather, he began to escape from Glasgow at weekends, going cycling alone or joining friends on climbing trips to the Cairngorms and Glencoe.

One night round a campfire he heard a chap he knew only as Archie sing the Barnyards of Delgaty and although he didn’t entirely understand this venerable bothy ballad, he was instantly hooked by its word patterns and melody. By this time Geordie had acquired a guitar, as many another teenager was doing during the 1950s skiffle boom, and a second chance encounter, in Killin, led to him being invited to sing and play at a party that turned out to be a meeting of Glasgow Folk Song Club. This first opportunity to sing into a microphone had the same effect as hearing the Barnyards of Delgaty and Geordie was lured into the company of singers including Davie Stewart and Flora MacNeil and folklorist Hamish Henderson, whose influence and encouragement were hugely significant.

As Geordie became more involved in the English and History studies that took him into teaching, he dropped out of singing but kept in touch with the music through producing albums, including Streets of Glasgow and Glasgow Horizons, and writing sleeve notes for Topic Records. Through a pupil at Castlemilk School, where he taught for eighteen years, Geordie met BBC radio producer Donald MacDonald and became a contributor to the programme Crossfire, writing songs to order on topical subjects.

His best known song, Inveroran, came during the eighties, when he also organised a ceilidh to celebrate Hamish Henderson’s seventieth birthday and a concert to mark the fiftieth anniversary of the Spanish Civil War. At the latter, Henderson re-introduced Geordie to singer Alison McMorland and the two hit it off. Together they have sung at concerts and festivals across the whole of the UK and Ireland, as well as the U.S., and have recorded albums including Where Ravens Reel and Rowan in the Rock. They remain highly valued ambassadors for Scottish song and Geordie’s first-hand impressions have added greatly to books celebrating Hamish Henderson and helping to sustain the father of the Scottish folksong revival’s legacy.